Posted by tin Posted on 8:57 PM with No comments 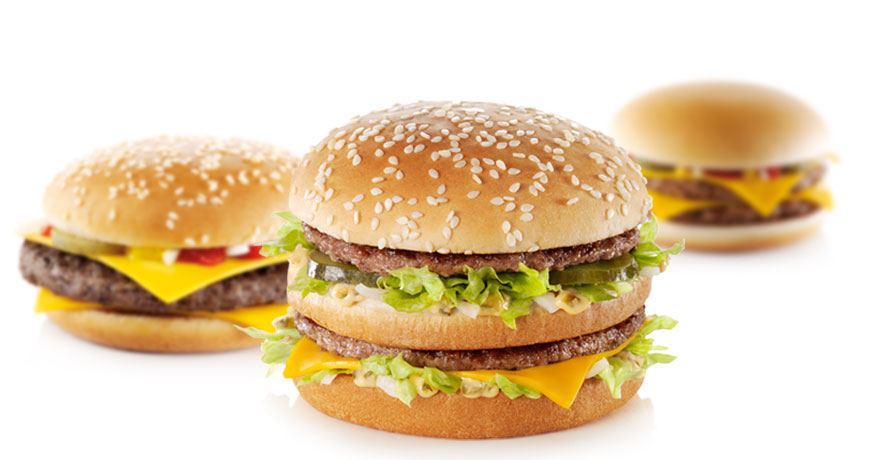 In some sort of desperate attempt to retain a formidable customer base in this changing nutritional climate, fast food giant McDonald's has come out publicly with some rather humorous claims about the alleged nutritional value of its food offerings. Speaking at the recent annual meeting of the Utah Academy of Nutrition and Dietetics, Cindy Goody, the official director of nutrition at McDonald's, tried to convince her listeners that the chain's processed food is somehow healthy, and that she and her kids eat it all the time as part of a balanced diet.

Apparently threatened by the menu offerings at Subway, its primary fast food rival these days, McDonald's is currently making the rounds trying to revamp its image based on its new menu items, which it claims are healthier than ever before. But as you will see from the following quote, McDonald's ideas about health are still far from accurate, as the company continues to tow the line that "fat" is bad, for instance, and that everything revolves solely around calorie consumption.

"In the past couple of years we've launched fruit and maple oatmeal, [and] blueberry banana nut oatmeal," explained Goody to her audience. "Premium chicken sandwiches have buns made with eight grams of whole grains. With the launch of the new Happy Meal [last year, it] automatically includes a smaller-sized kid fries [reducing calories from 230 to 100] and automatic inclusion of apples ... and we reformulated our one percent chocolate milk to now fat-free chocolate milk."

This all might sound good and fine to the average American with little nutritional knowledge, but a closer look at the facts reveals that such efforts by McDonald's are nothing more than "health-washing," that is trying to present an image of health rather than offering any substance of health. In other words, McDonald's wants its customers to believe that its food is becoming healthier because it is making mere rudimentary changes to its menu, while failing to phase out its garbage items with truly nutritious alternatives.

Grains, for instance, as many NaturalNews readers are already well aware, tend to be inflammatory, regardless of whether or not they are whole grain. This means that adding a few more whole grains to an already chemical-laden white bun does little or nothing to improve the nutritional value of hamburgers -- but Goody and the many other high-paid marketing charlatans at McDonald's sure want you to think it does!

Then there is the issue of the fat in McDonald's chocolate milk. The fast food giant would like its customers to believe that its new fat-free chocolate milk is healthier than the one percent fat chocolate milk it previously served to its customers -- because fat makes you fat, right? Wrong. As we continue to inform our readers, fats, and particularly saturated fats, are needed by the body to promote healthy metabolism and proper brain function.

As far as the new chocolate milk is concerned, a quick look at the McDonald's nutritional page for its non-fat chocolate milk reveals that it is loaded with sugar, which more than likely came from genetically-modified (GM) sugar beets, as well as toxic carrageenan and synthetic vitamins. The actual milk itself also more than likely came from cows treated with the GM growth hormone rBST, and fed GM corn and soybean feed -- this is hardly a healthy option to feed your children!

This is just a small cross-section, of course, of the much bigger problem with McDonald's ever-evolving food menu -- it is still loaded with GMOs, refined sugars, processed flours, unhealthy cooking oils and trans fats, and feedlot-based meat products, no matter how the company tries to health-wash its products. Don't be fooled.