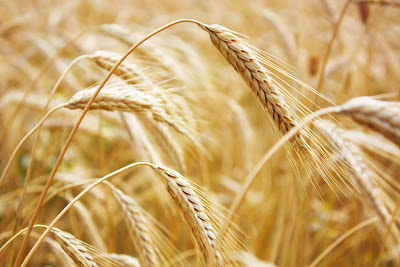 As many readers well know, I predicted precisely this scenario just yesterday in a Natural News article warning about the consequences of genetic pollution. There, I wrote, "All wheat produced in the United States will now be heavily scrutinized -- and possibly even rejected -- by other nations that traditionally import U.S. wheat. This obviously has enormous economic implications for U.S. farmers and agriculture."

Now we're already seeing the result: the ditching of U.S. wheat by world nations that want nothing to do with GMOs.

Monsanto is a ticking time bomb for U.S. agriculture

This proves, without any question, that Monsanto's genetic experiments which "escaped" into commercial wheat fields are now going to devastate U.S. wheat farmers. Expect the floor to drop out on wheat prices, and watch for a huge backlash against the USDA by U.S. farmers who stand to lose hundreds of millions of dollars on this.

As the USDA has now admitted, Monsanto's GMO experiments from 1998 - 2005 were held in open wheat fields. The genetically engineered wheat escaped and found its way into commercial wheat fields in Oregon (and possibly 15 other states), causing self-replicating genetic pollution that now taints the entire U.S. wheat industry.

"Asian consumers are keenly sensitive to gene-altered food, with few countries allowing imports of such cereals for human consumption," writes Reuters. It continues:

Asia imports more than 40 million tonnes of wheat annually, almost a third of the global trade of 140-150 million tonnes. The bulk of the region's supplies come from the United States, the world's biggest exporter, and Australia, the No. 2 supplier.

Another incredible Monsanto achievement: the genetic contamination of the U.S. wheat supply

Nice job, Monsanto. You've managed to spew your genetic pollution across the fields of innocent U.S. farmers who are now going to lose huge sums of money due to the reject of U.S. wheat by all the other world nations that refuse to feed their populations GMO.

And a big thumbs up to the USDA, too, for screwing U.S. farmers by green-lighting open-field GMO experiments that we all warned were going to result in runaway genetic pollution. The USDA, of course, is the official cheerleading squad for Monsanto's criminal "science" that we all know is a total fraud. How do these scientists now suggest this self-replicating genetic pollution be put back into the black box from which it emerged?

It can't be done, of course. So now the entire future of the U.S. wheat supply is at risk thanks to Monsanto and the USDA. Nice one, folks. Score another victory for the scumbag destroyers in Washington D.C. and the greed-driven executives at our favorite corporation, Monsanto.

And remember: Genetically modified wheat is only the beginning. Monsanto has no doubt unleashed genetic pollution across many other crops as well. We're now living in an age where Monsanto is essentially ejaculating its patented seed across all the farms of America, then claiming to "own" the contaminated crops. What a wonderful image of corporate responsibility and service to humankind. I can't wait to see what other U.S. crops will be rejected by world nations due to Monsanto's genetic pollution.