Posted by tin Posted on 5:22 PM with 3 comments 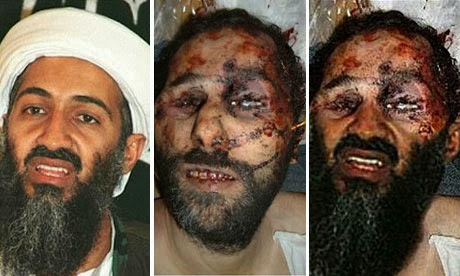 A couple of months ago, a journalist shared a letter from a special forces friend, who stated that he had friend in the Navy Seals who had told him that the entire case was a fraud, perpetrated by the U.S. Government merely to secure President Barack Hussein Obama’s re-election.

I’ll tell you something you that will make you think…Did you ever ask yourself why our Government never showed (undeniable) proof of the dead body of Osama Bin Laden? And why nearly the whole SEAL TEAM SIX got killed in strange circumstances? Helicopter crashes, parachute accidents etc.?

Well,I have a friend in that team who told me that they never made a capture of Bin Laden…it was a set up from Obama to get elected again as President. No Sailor or Soldier had ever seen the funeral or the dead body of Bin Laden on board the aircraft carrier.

People say that Osama died years ago in a Drone strike… and Navy Seals are not allowed to give any information about that mission were Bin Laden was captured.

We believe our Government- everything they tell to us- like dumb sheep. They manipulate us with the media which is also working for the government.

America is dying step by step, because of stupid people who still believe or support Obama. He is the modern Anti-Christ, who will lead us into a 3′rd World War ! It´s just a question of time…you will see !

Obama is even supporting the Muslim Brotherhood!

The Muslim Brotherhood has already infiltrated our senate and congress. One day Islam will rule, and they will slaughter us like they slaughter their own people. We have to stand up against this, otherwise we´re lost!
Tweet