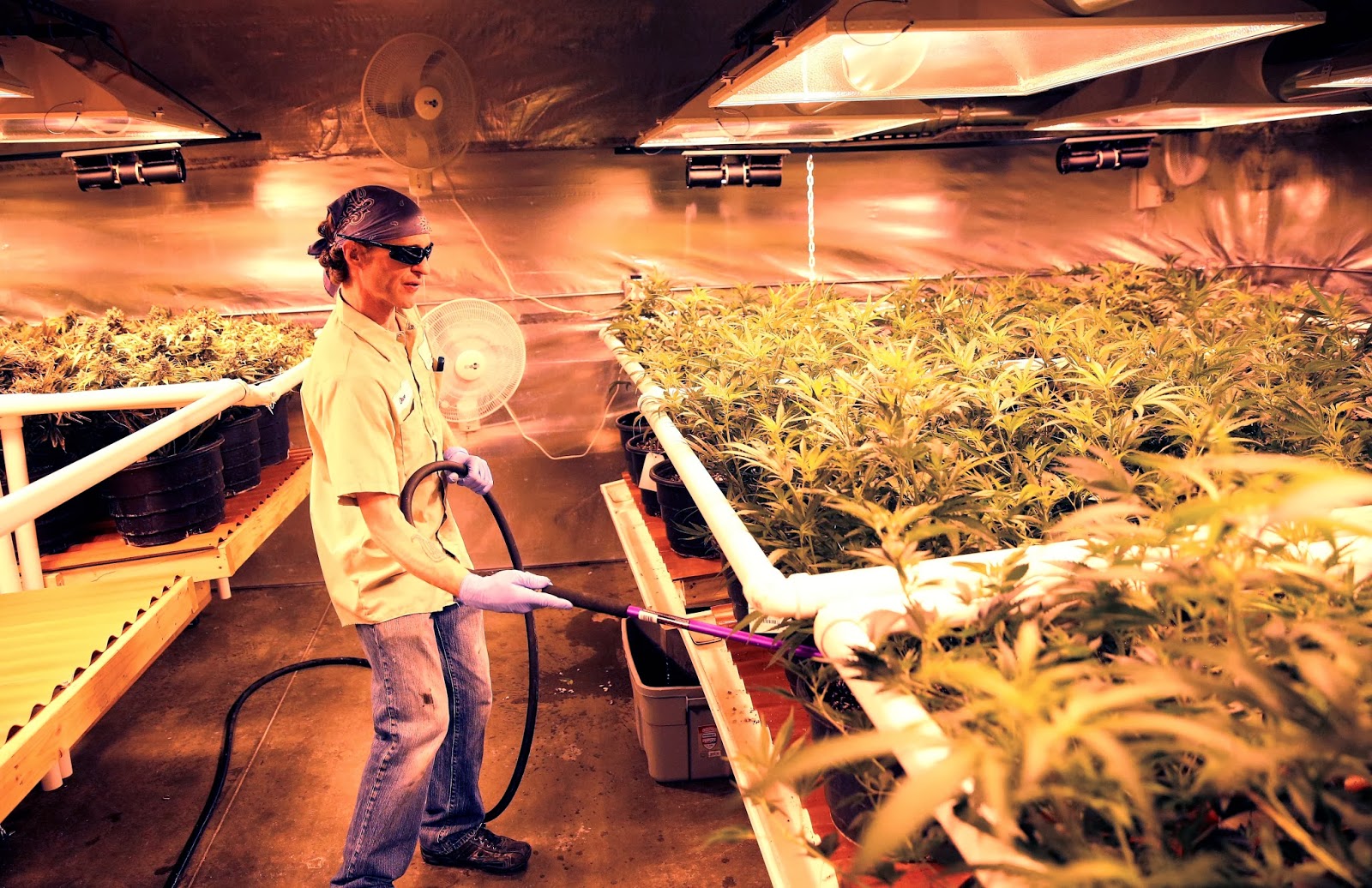 Alaska is poised to become the third state to legalize retail marijuana after pro-pot advocates this week cleared the signature hurdle to place an initiative on the August ballot.

The Committee to Regulate Marijuana Like Alcohol in Alaska hit 31,593 valid signatures Tuesday, well above the 30,169 signatures required to place the measure before voters. The initiative is expected to appear on the Aug. 19 primary ballot once a final count is certified by the state.

Alaska follows in the footsteps of Colorado and Washington, where voters approved measures to regulate the sale of recreational marijuana for adults in November 2012. Colorado unveiled the nation’s first retail pot shops in Jan. 1, and Washington is expected to begin marijuana sales in June.

“Alaska voters have a large degree of respect for personal liberty and freedom, and that’s reflected in the poll numbers we’ve been seeing,” said Mr. Bickford.

So far Alaska’s leading elected officials haven’t said much about the issue, although the Marijuana Policy Project is lobbying for the support for Rep. Don Young, Alaska Republican, who backed a House bill last year to protect marijuana businesses from federal prosecution as long as they comply with state law.

“It’s a states’ rights issue, period,” Mr. Young  told the Alaska Dispatch.
The marijuana measure would appear on the primary ballot alongside a number of other high-profile contests. Republicans are waging a contested Senate primary to decide who will face vulnerable Democratic Sen. Mark Begich in November.

The ballot is also expected to include initiatives on repealing a tax cut for oil companies and boosting the minimum wage, which could increase voter turnout.

The Alaska initiative hews closely to the language in the Colorado and Washington measures, which legalize small amounts of marijuana for adults 21 and over. The sale and cultivation would be regulated by the state in a manner similar to that of liquor.

The state Alcoholic Beverage Control Board would have regulatory oversight over recreational marijuana, but the state legislature would have the option of establishing and shifting authority to a Marijuana Control Board.

The measure also calls for a $50 per ounce excise tax for sales or transfers of marijuana from a cultivation facility or a store. Local governments could opt out by banning retail sales in their jurisdictions, although marijuana use and possession would still be legal.

The campaign doesn’t have an estimate yet on how much revenue would be generated under the initiative, but “what we do know is that a lot of jobs are going to be created, there will be a significant economic boost, and the state will have a new source of tax revenue,” said Mr. Bickford.

The biggest losers would be those now profiting from marijuana sales, he said, namely dope dealers and criminal syndicates.

“We expect to put a lot of drug dealers out of business by selling marijuana over the counter in a regulated market instead of on the black market,” said Mr. Bickford