Posted by tin Posted on 6:08 PM with No comments 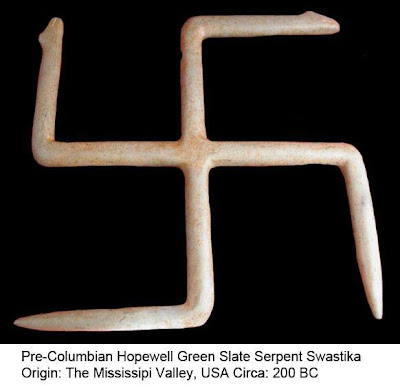 The snake diety of the Maya was Kukulkan ("Plumed Serpent", "Feathered Serpent"). In Peru this god was called Amaru and the territory known as Amaruca.
Amaruca is literally translated “Land of the Serpents". The name of America was derived from Amaruca, instead of after the explorer Amerigo Vespucci.


Peruvian prophecy states that all the Americas were once united by a common spiritual tradition and leader, and that they will be again. They were anciently united as Amaruca or Ameruca, meaning the "Land of the Serpent", during a time when the serpent was the universal symbol of mystical wisdom and spiritual power.

One legend states that North and South America were named after a culture bearer known historically as Aramu Muru or Amaru Meru, the "Serpent Meru." Aramu Muru came from the ancient continent of Mu with many power objects, including the powerful Solar Disc that had previously hung in an important temple in his homeland.
Tweet