Posted by tin Posted on 1:16 AM with No comments 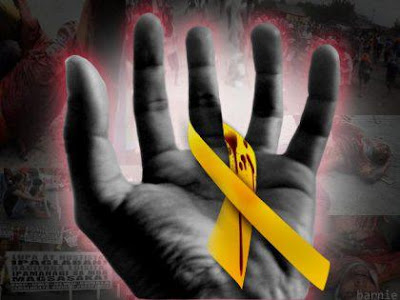 THE Kilusang Magbubukid ng Pilipinas (KMP) on Tuesday asked the Commission on Elections to cancel the accreditation of Aksyon Magsasaka-Partido Tinig ng Masa party-list
after learning that former governor Margarita “Tingting” Cojuangco of Tarlac province is running for Congress under the farmers’ group’s banner.
Cojuangco is the wife of former representative Jose “Peping” Cojuangco Jr. of Tarlac, a maternal uncle of President Benigno Aquino 3rd. The Cojuangco clan owns Hacienda Luisita, the vast sugar estate that the Supreme Court had ordered to be distributed to farmer-beneficiaries last year.

“Cojuangco and her group’s desperate attempt to join the party-list elections is a corruption and outright mockery of the party-list system,” KMP deputy secretary Willy Marbella said in a statement.

“A landlord claiming to represent farmers is an insult to the collective intelligence of the Filipino peasantry and the people. We reject the haciendero President’s aunt as [the] farmers’ representative in Congress,” he added.

KMP also asked the electoral body to deny the Alliance for Rural and Agrarian Reconstruction Inc.’s (Araro’s) petition for registration. The party-list group’s first nominee is retired police general Quirino dela Torre, who was chief of the Philippine National Police-Central Luzon command during the so-called Hacienda Luisita massacre in 2004.

“Dela Torre’s entry to the party-list system adds insult to the injury done by the Cojuangcos to the victims of the Hacienda Luisita massacre,” Marbella said.

In a petition, the independent election watchdog Kontra Daya said that Tingting “has no business representing farmers, since she is a big landlord.”

“Dela Torre clearly does not belong to the farmer sector. His interest, as proven by his track record, is also adverse to the interests of the farmer sector, which Araro claims to represent,” it added.

“This clearly shows that Margarita Cojuangco’s track record negates any advocacy of uplifting the rights and welfare of the farmers,” the petition said.
http://www.manilatimes.net/index.php/news/top-stories/28964-cojuangco-
can-t-represent-farmers-kmp

Kontra Daya is seeking to disqualify at least 39 party-list aspirants who do not genuinely represent the marginalized sectors.
Tweet