Posted by tin Posted on 6:56 PM with No comments 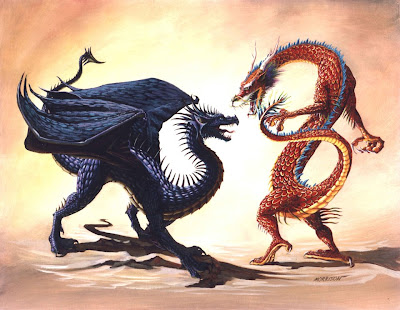 Super Asia and Super Europe.South Korean Leader Lee Myung-Bak made the remark after talks in Beijing with Chinese Premier Wen Jiabao and Japanese Prime Minister Yoshihiko Noda that also saw the trio decide to start free-trade area negotiations before the end of this year.


The three leaders also agreed to start talks this year on a free-trade area, saying it would boost the economies of the entire region.

The issue has been on the trilateral agenda for the past decade, beginning with an agreement among the three in late 2002 to launch a feasibility study on a free-trade area.

"Northeast Asia is the most economically vibrant region in the world. So there is huge potential for our three countries to have closer trade and investment cooperation," he told reporters.

"The establishment of a free-trade area will unleash the economic vitality of our region and give a strong boost to economic integration in East Asia."

China, Japan and South Korea combined would have the world's largest economy -- ahead of the European Union -- when measured by purchasing power parity, which takes into account differences in living costs across nations.

"Today, as we look at the global financial crisis, some countries are still pursuing protectionist ideas and have expanded them," South Korea's Lee said.

"I'm worried about this. By comparison, I believe the agreement between the three countries is an important thing."

In Sunday's meeting, the three nations also signed an investment agreement concluded earlier this year after 13 rounds of negotiations stretching over five years.

Later in the day, Wen met Noda for bilateral talks, with both sides pledging to push ties between the world's second- and third-largest economies further.

"Both sides must seize the opportunity, increase mutual trust... and push forward the healthy and stable development of relations between the two countries," Wen told his Japanese visitor.

"The new bureaucrat, who would not be directly elected by voters, is set to get sweeping control over the entire EU and force member countries into ever-greater political and economic union.

"Tellingly, the UK has been excluded from the confidential discussions within the shady 'Berlin Group' of Europhile politicians, spearheaded by German foreign minister Guido Westerwelle.

"Opponents fear the plan could create a modern-day equivalent of the European emperor envisaged by Napoleon Bonaparte or a return to the Holy Roman Empire of Charlemagne that dominated Europe in the Dark Ages...

"Supporters of the move believe that the rival presidencies are undermining the EU’s ability to speak with a single voice. They argue that merging the two jobs will create a powerful European leader who is capable of pursuing the federalist dream of a united Europe which has been severely shaken by the eurozone crisis.

“'Such a merger would represent a massive shift of power into the hands of a single, unelected bureaucrat. The Government should be taking this far more seriously and voicing its objections very strongly.'

From a strictly human standpoint, these plans make much sense, as the many European member states become increasingly unruly and cause serious problems for themselves and the rest of Europe due to incompetent political leadership. British opposition, which is not necessarily based on right motives, will not further the "British cause" in Europe. On the other hand, even the best of motives might turn to horrible developments. It may well appear shocking that such plans are actually being formulated, but this is news that biblical prophecy has clearly reported well in advance!
Tweet