The last great plague, 20 million to 100 million were killed

Posted by tin Posted on 3:59 PM with No comments 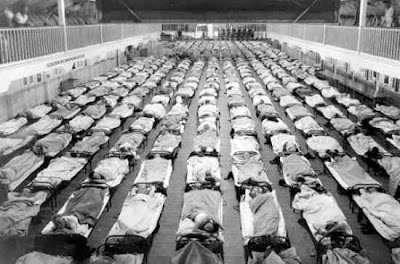 The last great plague, 20 million to 100 million were killed
An epidemic is when a disease outbreak strikes a large number of people, in a given area, at the same time.
The epidemic becomes a pandemic when it spreads over a wide geographical area, or throughout many countries. Although most epidemics are caused by infectious organisms, the term can be applied to an outbreak of any chronic disease, such as cancer or heart disease.

The ancients couldn’t predict when this would happen, but with recent outbreaks of swine and avian flu, it seems likely that another flu like this is on the horizon. The last great plague (Spanish flu) hit 1918-1920. Researchers estimate that between 20 million to 100 million were killed. The call for sanitary reform and the development of new vaccines at the end of the nineteenth century ended the rapidly spreading plague. However, since then the incidence of infectious diseases has steadily risen in the past 100 years. Infection spreads more easily now due to people traveling more often. The outbreak of anthrax in 2001, and the threat of biological warfare suggest that the US is neither equipped to handle a mass outbreak, nor the panic resulting from such outbreak.
Tweet