Posted by tin Posted on 3:52 PM with No comments 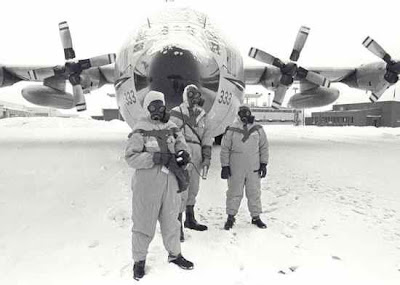 Within months of its launch, the US knew the satellite was in trouble. In December of 1977, analysts determined Cosmos 954 was slipping out of orbit and unless the Soviet Union took action, it would plummet to Earth. They further determined that if the Soviets could not gain control of the satellite it would reenter the atmosphere and crash somewhere in North America. Pressed by the Carter Administration to divulge what exactly was on board the satellite, the Soviets admitted it carried 110 pounds of highly enriched uranium.

At the direction of the CIA – the decision was made by the US government not to inform the public. The CIA knew a satellite carrying a live nuclear reactor was going to crash somewhere in North America, but believed that “a sensationalized leak would disturb the public in unforeseeable ways”. So the public was kept in the dark.

Fortunately by 1978, the US had a trained team to respond to such emergencies – the Nuclear Emergency Search Team or NEST. The NEST team stood by, waiting to deploy the minute the satellite crashed (no one could predict exactly where it would land). Eventually, national security advisor Zbigniew Brzezinski did tell the public that America was experiencing “a space age difficulty”.

When Cosmos 954 crashed it struck across a large swath of ice in the Canadian tundra, 1000 miles north of Montana near the Great Slave Lake. The NEST team vans carrying the specialists were dispatched by C130 transport to the crash scene. The vans were disguised as bakery vans. As part of Operation Morning Light – the NEST team members searched over a fifty by eight hundred mile corridor for radioactive debris. After several months, 90 percent of the debris from Cosmos 954 was recovered. After the crash, officials calculated that if Cosmos 954 had made one more orbit of the Earth before it crashed, it would have landed somewhere over the populated American East Coast.
Tweet