Posted by tin Posted on 6:00 PM with No comments 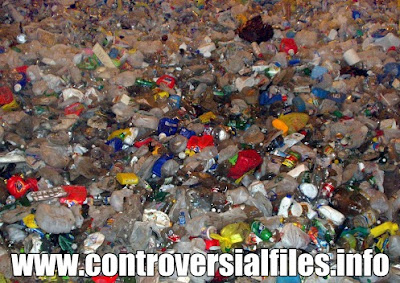 Plastics have long been heralded as a "scientific" breakthrough, and in many ways, plastics really are amazing materials.
For cars, prosthetics, computers and industrial uses, plastics offer enormous advantages over other materials.
But when it comes to health and food, plastics are devastatingly dangerous. Many plastics release bisphenol-A (BPA), a powerful hormone disruptor that's responsible for "feminizing" males, spurring the growth of so-called "man boobs" and reducing sperm viability.Plastics are ubiquitous in the food supply, and many consumers (astonishingly) microwave their foods in plastic! This releases dangerous plastics chemicals right into the food, all while destroying the nutritional value of food.While plastics can be safely used to hold dry foods at room temperature, if they are carrying liquids or being used as containers to heat foods, they often leach BPA and other chemicals right into the food. BPA has been found to alter brain function, not just body hormone expression.Levels of BPA in your blood rise 1200% after eating canned soup, reports the Harvard School of Public Health. And the worst part of all is that BPA replacement chemicals such as BPS have been found to be twenty times more toxic than BPA.So if you're drinking out of plastic or heating foods out of plastic, you're harming yourself in the name of "evidence-based science," because it's scientists who came up with all these plastics and insisted they were harmless.In the world of plastics, by the way, the safest plastics compounds for holding liquids and food are HDPE (high-density polyethelyne) and P.P. (polypropylene). P.E. is found in so-called "PET" containers (polyethylene terephthalate), which according to most sources does not leach any chemicals whatsoever into the food or beverage.
Tweet