Top selling herbicide has been shown to kill human cells

Posted by tin Posted on 10:09 PM with No comments 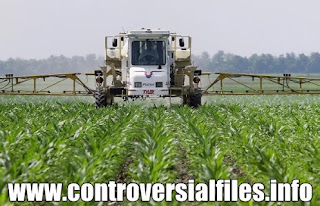 The top selling herbicide on the market has been shown to kill human cells in independent studies.
While this particular herbicide, with the main ingredient glyphosate has been deemed safe for use, only the main ingredient is being tested; neglecting the other ingredients which make up the compound.
Listed on the ingredients label of a pesticide or herbicide is the active ingredient, in this case, glyphosate, as well as inert ingredients - the inactive ingredients, or those which don't kill weeds or pests. Some of the inert ingredients may not be specifically labeled or it will say "other ingredients" to protect trade secrets. The inert ingredients are concerning some scientists because lab studies have shown that an inert ingredient - polyethoxylated tallowamine (POEA) - commonly mixed with glyphosate, have been shown to kill embryonic, placental, and umbilical cord cells. In fact, it is more harmful to these human cells than the glyphosate itself, and even at levels far more diluted than what is used on the average farm or garden.This is concerning because Americans use this product very liberally. To be specific, around 100 million pounds of the herbicide are applied to American farms and lawns every year. Perhaps the reason for its popularity is the idea that it is safe. Both the EPA and the Department of Agriculture recognize POEA as an inert ingredient and state that there is strong evidence it doesn't cause cancer, and they can find no risk factors concerning. In fact, this ingredient, which is derived from animal fat, can be used in USDA certified organic products. However, these findings strongly contradict what a French study claims.According to the French study, the tested formulas which included glyphosate and POEA, together and separately, all killed umbilical cord, placental, and embryonic cells. The scientists also hypothesized that this can cause problems during pregnancy not only because of the cell damage but it can interfere with hormone production as well. This is a far cry from what is considered so safe and nontoxic that it can go into USDA organic certified ingredients.In 2009, Argentina petitioned for a ban on glyphosate after research came out showing the severe health and environmental effects suffered in areas sprayed with glyphosate. Birth defects, stillbirths, miscarriages, infertility and cancer were all pressing problems emerging in sprayed areas; lab studies confirmed these issues with deformities showing up in frog and chicken embryos. Furthermore, acute environmental effects included dead crops and livestock as well as waterways polluted with dead fish.A Swedish study, conducted in 1999 showed a strong link between exposure to glyphosate and non-Hodgkin's lymphoma- a form of cancer.Either the FDA's definition of safe differs greatly from others' definitions, or the FDA is siding with large corporations by allowing such a toxic compound to come to market.
Tweet