What the soda pop industry doesn't want you to know

Posted by tin Posted on 9:53 PM with No comments 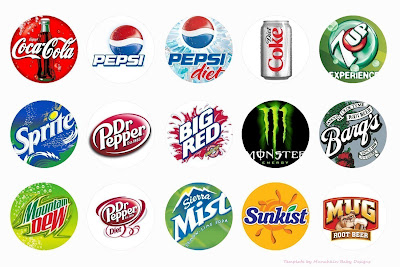 MarketWatch detailed "10 things the soda business won't tell you" related to the soda pop industry. Most is bad news for pop drinkers.

Soda, like beer, for many is an acquired taste. It is something people have to get used to, because as it seems, your body is rejecting it when first introduced. People have witnessed parents giving pop to children who complain of it being painful to drink, with the parents reassuring them, "don't worry, you'll get used to it."

Perhaps there is one bit of good news to come from the MarketWatch report. Studies show more people are consuming water, even over pop. Perhaps less exciting, many are drinking the water from plastic bottles by companies owned by major pop makers such as Coca-Cola (Dasani owner), PepsiCo (Aquafina owner), and Dr Pepper Snapple (Deja Blue owner).

The bad news about pop

1) An increased consumption of sugary beverages like pop, have contributed to the major obesity epidemic, as well as a rise in diabetes sufferers.

"Rising consumption of sugary drinks has been a major contributor to the obesity epidemic, according to a 2012 report published by the Institute of Medicine."

2) Just because the beverage says "diet," studies suggest that it does not mean it is healthy. People apparently still believe it does.

"One recent study by French researchers published in The American Journal of Clinical Nutrition found a strong correlation between diet drinks and increased risk of type 2 diabetes."

3) Energy drinks, and therefore caffeine intake, are on the rise. The FDA places limits on the amount of caffeine allowed in soft drinks, but as of yet there are no such caps for energy drinks.

Major pop sellers have a line of energy drinks.

It is also suggested that mixing high amounts of caffeine with alcohol creates a dangerous cocktail that has landed many in the emergency room after a night of drinking.

"We're seeing more and more people coming in with these issues, especially young people who are mixing their energy drinks with alcohol," says Tom Sugarman, emergency physician and spokesman for the American College of Emergency Physicians.

4) Doctors and dentists are accepting money by soda companies, according to a study by the Center for Science in the Public Interest. In addition, the Food Research and Action Center and Feeding America are getting some donations from the beverage companies. These two organizations are opposed to restrictions placed on the SNAP program (formerly known as food stamps), that attempt to prevent the use of the "stamps" to purchase soda pop.


What are we to drink? What is actually healthy? Here are a few choices:

a) pure, clean, spring water, or the cleanest water you can find
b) freshly squeezed vegetable and fruit juices (high natural sugar warning)
c) some teas