Posted by tin Posted on 7:31 PM with No comments 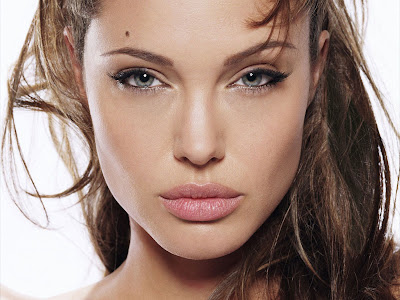 Angelina Jolie's bizarre announcement that she had both of her healthy breasts surgically removed to "prevent" cancer has turned into a PR nightmare. Not only has Natural News revealed the hidden agenda of corporations patenting and owning human genetic code so they can reap trillions in profits from genetic slavery, now a New Jersey kindergarten teacher is blasting Angelina Jolie for promoting an elitist procedure only affordable to the ultra-wealthy.

Gentile-Abbood went on to explain that normal working moms don't have the huge wealth that Jolie will obviously use to undergo top-notch reconstructive and cosmetic surgery. Nor do everyday working moms have the ability to just take off a couple of months from work to undergo the procedures. While Jolie can spend millions of dollars to get her breasts worked on and re-shaped to be fit for the big screen, everyday working moms don't have millions of dollars lying around to spend on their breasts.

She also tears into Angelina Jolie's fear mongering campaign that has already frightened countless women into thinking their own breasts might kill them. "What am I supposed to do? Sit around every day and worry that I'm going to get cancer?"

Angelina Jolie's elitist attitude offending women everywhere Look at the Facebook comments on some of the recent articles Natural News has posted about Angelina Jolie and you'll find a common thread: Women are deeply offended by the idea that they should cut off their perfectly healthy breasts as some sort of bizarre medical self-mutilation ritual to "prevent" a disease they don't even have.

For starters, the mutilation of women by cutting out their breasts strikes hard at the female identity. Breasts help give nourishment to newborn babies, and they carry lymph nodes that are an integral part of the immune system. Surgically removing breasts leaves scar tissue, numbness and pain. While this might arguably be acceptable if aggressive cancer is diagnosed to already exist in the breast tissue (although even then, there are better options that don't harm the patient), it seems bizarre and even insane to remove healthy breasts that have no sign of disease.

If Jolie's P.R. stunt -- simultaneously synchronized with People Magazine and TIME Magazine -- was designed to try to convince everyday women that they all need to have their genes tested and their breasts removed, then it has failed miserably. If anything, it has raised more questions about the true motivations of the for-profit cancer industry and the way in which corporations claim monopoly ownership over human genes (BRCA1 and BRCA2). It has also called into question Jolie's state of mind.