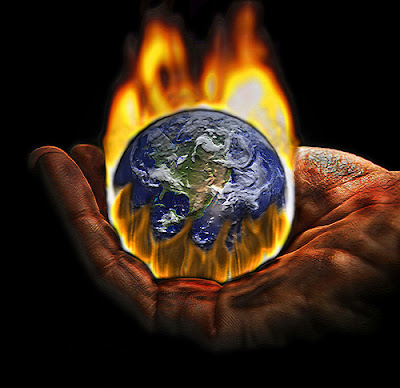 Practically everything you have been told by the mainstream scientific community and the media about the alleged detriments of greenhouse gases, and particularly carbon dioxide, appears to be false, according to new data compiled by NASA's Langley Research Center. As it turns out, all those atmospheric greenhouse gases that Al Gore and all the other global warming hoaxers have long claimed are overheating and destroying our planet are actually cooling it, based on the latest evidence.

As reported by Principia Scientific International (PSI), Martin Mlynczak and his colleagues over at NASA tracked infrared emissions from the earth's upper atmosphere during and following a recent solar storm that took place between March 8-10. What they found was that the vast majority of energy released from the sun during this immense coronal mass ejection (CME) was reflected back up into space rather than deposited into earth's lower atmosphere.

The result was an overall cooling effect that completely contradicts claims made by NASA's own climatology division that greenhouse gases are a cause of global warming. As illustrated by data collected using Sounding of the Atmosphere using Broadband Emission Radiometry (SABER), both carbon dioxide (CO2) and nitric oxide (NO), which are abundant in the earth's upper atmosphere, greenhouse gases reflect heating energy rather than absorb it.

"Carbon dioxide and nitric oxide are natural thermostats," says James Russell from Hampton University, who was one of the lead investigators for the groundbreaking SABER study. "When the upper atmosphere (or 'thermosphere') heats up, these molecules try as hard as they can to shed that heat back into space."

Almost all 'heating' radiation generated by sun is blocked from entering lower atmosphere by CO2According to the data, up to 95 percent of solar radiation is literally bounced back into space by both CO2 and NO in the upper atmosphere. Without these necessary elements, in other words, the earth would be capable of absorbing potentially devastating amounts of solar energy that would truly melt the polar ice caps and destroy the planet.

"The shock revelation starkly contradicts the core proposition of the so-called greenhouse gas theory which claims that more CO2 means more warming for our planet," write H. Schreuder and J. O'Sullivan for PSI. "[T]his compelling new NASA data disproves that notion and is a huge embarrassment for NASA's chief climatologist, Dr. James Hansen and his team over at NASA's GISS."

Dr. Hansen, of course, is an outspoken global warming activist who helped spark man-made climate change hysteria in the U.S. back in 1988. Just after the release of the new SABER study, however, Dr. Hansen conveniently retired from his career as a climatologist at NASA, and reportedly now plans to spend his time "on science," and on "drawing attention to [its] implications for young people."

You can read more details of the new NASA SABER study by visiting:
http://science.nasa.gov/science-news/science-at-nasa/2012/22mar_saber/