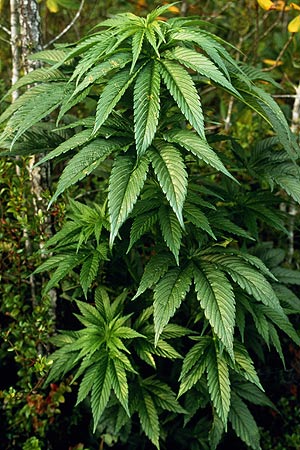 The human brain contains an extensive network of special receptor sites that modulate nervous system function only when activated by the appropriate cannabinoid compounds, many of which are found in abundance in the marijuana plant. And emerging research continues to uncover the unique role these cannabinoids play in protecting brain function, which in turn helps deter the aging process and even reverse the damaging effects of Alzheimer's disease and other forms of dementia and cognitive abnormality.

One of the latest discoveries concerning cannabinoids involves their ability to act as antioxidants in the brain. Researchers from Germany found that the brain's cannabinoid system is fully capable of not only cleansing damaged brain cells from the brain, but also triggering the production of new brain cells within the brain, a concept that contradicts years of conventional thinking about how the brain works. Cannabinoids also supercharge mitochondria in the brain, which are the powerhouses of energy that maintain proper cell function.

Published in the journal Philosophical Transactions of the Royal Society B, these discoveries shed new insight on how natural marijuana cannabinoids hold the capacity to literally quell the brain inflammation responsible for causing cognitive decline, neural failure, and brain degeneration. By supplying these receptor sites with cannabinoids, patients may be able to overcome brain conditions like Alzheimer's disease, Parkinson's disease, Huntington's disease, and many other conditions, not to mention premature brain aging, all conditions for which modern science has failed to find real solutions.

"I've been trying to find a drug that will reduce brain inflammation and restore cognitive function in rats for over 25 years; cannabinoids are the first and only class of drugs that have ever been effective," said Gary Wenk, a professor of neuroscience, immunology and medical genetics at Ohio State University (OSU) who helped with the research. "I think that the perception about this drug is changing and in the future people will be less fearful," he added, referencing the fact that marijuana is still viewed mostly negatively by many people.

Marijuana cannabinoids help restore the body's own natural cellular abilitiesEver since researchers first discovered the existence of cannabinoid receptor systems in rat brains back in 1988, independent scientists largely unconcerned with the stigma of marijuana have been gradually forming a piecemeal understanding of how the system works, and how cannabinoids can help prevent and reverse all sorts of chronic conditions that result from a lack of these important compounds. Today, marijuana research is moving forward more strongly than ever, and this taboo plant is finally receiving proper recognition as the medical "superfood" that it truly is.

"Cannabis actually goes upstream, it provides feedback from the postsynaptic nerve to the presynaptic nerve, which is unheard of in neural chemistry," explains Dr. William Courtney, founder of the Cannabis International Foundation (CIF), which is actively working to consolidate all available and relevant science on marijuana's medical uses for the purpose of promoting a reformation in health maintenance, restoration, and wellness around the world.

"The phytocannabinoids from this plant augment the body's attempt to restore an increased function to a normal level. So [marijuana cannabinoids] mimic the regulatory system of cellular physiology."

You can learn more about the work of CIF, as well as watch a 15-minute introductory video into the group's work, entitled Leaf, by visiting: http://www.cannabisinternational.org/