No food stamps for people convicted of violent crimes

Posted by tin Posted on 9:16 PM with No comments 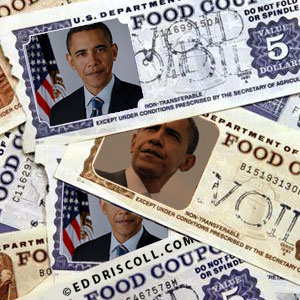 On Wednesday, the 2013 Senate Farm Bill was amended by to make those convicted of certain violent crimes ineligible for SNAP (Supplementary Nutrition Assistance Program) benefits, popularly known as food stamps. The amendment was passed by unanimous consent, meaning that neither Republicans nor Democrats objected to the bill.

The new eligibility requirements were proposed by Republican Senator David Vitter of Louisiana, who at the same time introduced another amendment designed to end the so-called “Obama phone” program which helps low-income Americans obtain cell phones. The Senate’s Farm Bill—a large piece of legislation passed once every few years to regulate, fund and subsidize various programs related to agriculture and food production—already included language that would cut food stamps by about $4.1 billion.

“Under current law, there is a lifetime ban for convicted drug felons, though many states have opted out of or modified that ban,” reads a statement from Vitter’s office. “Vitter’s amendment would extend the lifetime food stamp ban to dangerous sex offenders and murderers.”

Timothy Smeeding, director of the University of Wisconsin’s Institute for Research on Poverty, called the amendment “ridiculous.”

“It doesn’t save anyone any money,” he told MSNBC. “It just makes sort of a political statement that we don’t forgive people for crimes once they pay their dues. We’re just going to punish them forever.” He argued that making it more difficult for convicted felons to meet their basic nutritional needs would encourage recidivism.

There’s research that supports Smeeding’s claim. Researchers at Yale University have found that making drug offenders ineligible for food stamps puts them “at greater risk of engaging in dangerous, sexual risk behaviors in order to obtain food,” according to the Yale News. Many former drug offenders in states where they are ineligible for food stamps “are turning to prostitution and other behaviors that put them at risk for HIV and other negative outcomes in order to obtain food.”

The bill could also have other unintended consequences. For example, “the amendment would mean lower SNAP benefits for their children and other family members,” writes Bob Greenstein, president of the Center on Budget and Policy Priorities.

The House Farm Bill includes yet more draconian cuts to SNAP benefits. Last week, the House Agriculture Committee approved legislation which would cut $20 billion in SNAP funding over the next decade.