Were Humans Genetically Engineered By Aliens? 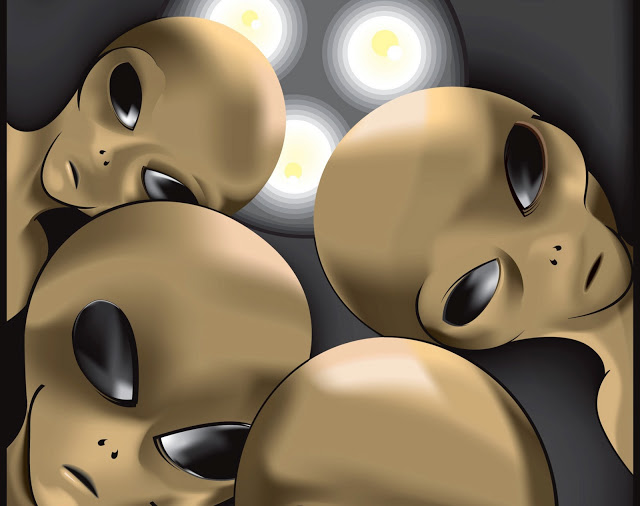 Intelligent Design Behind our Human DNA

As scientists began to unravel and decode the human DNA molecule, they found something amazingly unexpected — a computer programmer’s exquisite ‘language’ composed of some 3 billion genetic letters.
“One of the most extraordinary discoveries of the twentieth century,” says Dr. Stephen Meyer, director of the Center for Science and Culture at the Discovery Institute in Seattle, Wash.,
“Was that DNA actually stores information-the detailed instructions for assembling proteins-in the form of a four-character digital code” (quoted by Lee Strobel, The Case for a Creator, 2004. As George Williams explains it:)
“The gene is a package of information, not an object. The pattern of base pairs in a DNA molecule specifies the gene. But the DNA molecule is the medium, it’s not the message”

It`s a design from an intelligent source

To any discerning mind, this type of nanotech high-level information has been deduced to originate only from a seemingly intelligent source. As Lee Strobel explains:

“The data at the core of life is not disorganized, it’s not simply orderly like salt crystals, but it’s complex and specific information that can accomplish a bewildering task-the building of biological machines that far outstrip human technological capabilities”

For example, the precise nature of this genetic language is such that the average error that is not caught turns out to be one error per 10 billion letters. If an error occurs in one of the most important parts of the code, in the genes, it causes diseases such as sickle-cell anemia. Yet even the best and most apt typist in the world couldn’t come close to making only one man`s DNA, reveals we are someone else ‘ property.

Humans were genetically engineered by aliens and according to ufologist Der Voron, author of Unidentified Flying Objects: Starcraft, in an exclusive interview with Weekly Universe. Voron built his astounding scientific theory on the lack of evidence linking Cro-Magnon man to still earlier forms on the evolutionary chain. This so-called “Missing Link” implies a jump in evolution that can only be explained by a miracle or by alien intervention!

As explained exclusively to the Weekly Universe, Der Voron says: “Scientists cannot find the ‘Missing link’ that links Cro-Magnon man [our own immediate ancestor] to earlier human forms yet they’ve found and continue finding the remains of many less advanced forms that existed long before Cro-Magnon.”

Voron: “If scientists cannot find Missing Link remains, yet easily find Neanderthal remains it may be because the Missing Link never existed! And that Cro-Magnon modern man’s ancestors were genetically engineered!”

But by whom? Voron sees only one possible answer: By certain intelligent beings of extraterrestrial origin as far as it can be proved or assumed due to other pieces that is constantly missing in humans origin! These genetic engineers were from an ancient but technologically advanced terrestrial civilization, because no remains from such a civilization have been found. Voron scoffs at the simplistic either/or debate between Creationism (intelligent design) and Evolution (chance or random occurrence).

He thinks the universe is big enough for both theories to be partially-true and other theories too! The extraterrestrial creation theory like the “Enuma Elish” ( Sumerian story about our creators the Annunaki ) is the most probable explanation for humans rapid development in science. Because the evidence for that, is all around us every were on earth. From stone monuments to ancient light bulbs.

Voron Explains: “I don’t think that today’s level of science can yet solve the puzzle of the origins of the entire universe, but perhaps the problem of our origins can be discussed in the following way: “Calculations show that the chance emergence of life, and moreover of intelligent life, is very low. It’s more likely that a hurricane can compose a new Boeing aircraft from the fragments of a broken one lying on the ground. But because the Universe is giant infinite! this chance did occur, and then life, and then intelligent life, emerged.

“This intelligent life created a civilization that we can call God which then engineered life and intelligent life in other star systems. In doing so, they may have established bases in these star systems similar to the giant cylinder-shaped flying saucers that are sometimes observed from Earth and that are theorized to be mother ships (i.e. alien bases), due to their large sizes and observations of other saucers departing from them. And maybe this alien civilization not only created life and mother ships, but star systems, planets, quasars, and…?”

“The key point is that the Universe is not only endless,” says Voron, “but eternal and this means that this creation/evolutionary process may have occurred innumerable times, in
innumerable variations.”