Vatican’s Exorcist Claims He Has Dispatched 160,000 Demons To Hell

Posted by tin Posted on 6:03 PM with No comments 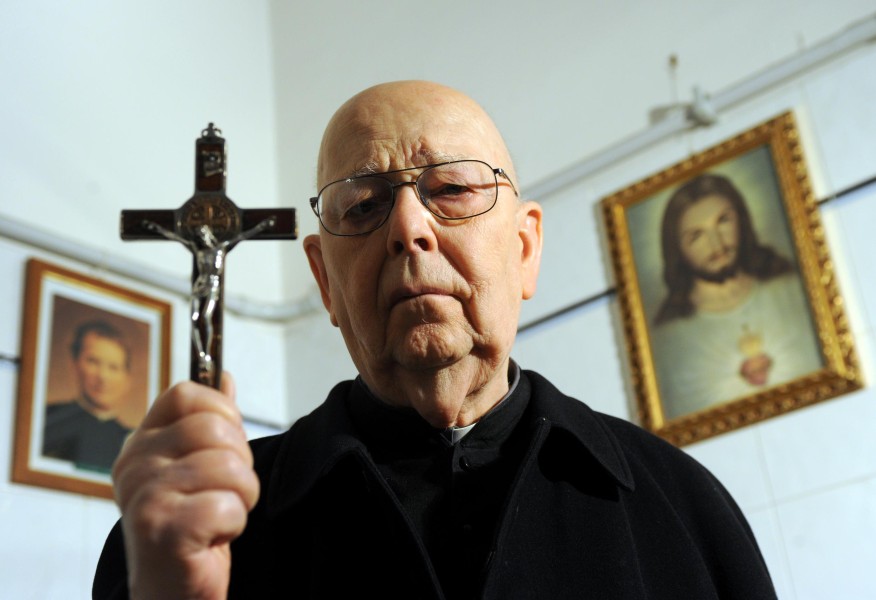 Father Gabriele Amorth, profiled in the new documentary The Exorcist in the 21st Century, has been a busy man per this report in CP World:
The Catholic Church’s top exorcist, who claims to have sent 160,000 demons back to hell, says he wants Pope Francis to allow all priests to start performing the ritual to deal with a rising demand for exorcisms from the faithful.

Father Gabriele Amorth, 88, who also heads the International Association of Exorcists, told The Sunday Times that he will ask Pope Francis to allow all priests the right to do exorcisms without the church’s approval. According to the report, priests currently need special approval from their bishop to perform the rite and it is rarely granted.

“I will ask the pope to give all priests the power to carry out exorcisms, and to ensure priests are properly trained for these starting with the seminary. There’s a huge demand for them,” said Father Amorth.

He explained that he was inspired to make the request after watching Pope Francis perform what he insists was an exorcism on a man “possessed by four demons” in St. Peter’s Square.

“The pope is also the Bishop of Rome, and like any bishop he is also an exorcist,” Amorth reportedly told La Repubblica newspaper. “It was a real exorcism. If the Vatican has denied this, it shows that they understand nothing.”…