Posted by tin Posted on 4:02 PM with No comments 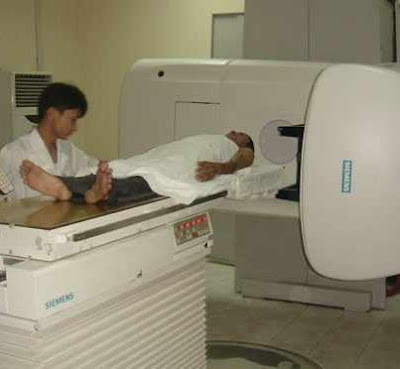 In December 1983-February 1984, in Ciudad Juarez, Mexico, and the United States, occurred one of the first widely reported cases of radiation exposure from the inadvertent destruction of orphaned sources through the scrap metal recycling process.

On December 6, 1983, a used metal teletherapy unit (pictured) containing a source container with about 6,000, one-millimeter pellets, each with radioactive cobalt 60, was deliberately opened in a scrap yard in Ciudad Juarez, Mexico. The pellets were scattered throughout the scrap yard, and a magnetic loader further dispersed the radioactive pellets, when the scrap metal was converted to steel products on December 10, 1983. Contaminated products included steel rebar and table pedestals, manufactured from the contaminated steel and shipped to the US. The contamination went undetected until January 16, 1984, when a truck carrying the contaminated rebar took a wrong turn at the Los Alamos, New Mexico, scientific laboratory and set off an automatic radiation sensor. Later that same day, five more trucks carrying contaminated steel were stopped at the Mexican border, near El Paso, Texas.

Over the following weeks, about 900 tons of contaminated steel were identified and recovered in the US. Some of the contaminated table parts had already been made into finished tables and had to be retrieved from restaurants.

In February, 1984, Mexican officials determined that ten individuals had been exposed to high levels of radiation. One of these subsequently died from their injuries. An aerial survey of the Ciudad Juarez area in March of that year, located 21 contaminated zones including a pickup truck with children playing on it. In Sinola, Mexico, authorities had to destroy 109 homes that had been built with the contaminated rebar.
Tweet