Posted by tin Posted on 3:47 AM with No comments 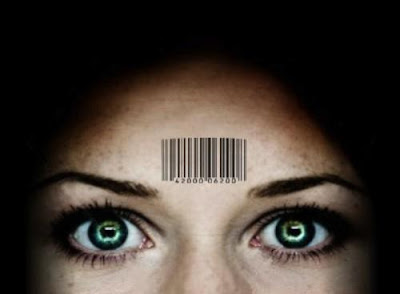 Moss Bluff Elementary School in Lake Charles, La., wanted to speed up the cafeteria line and reduce errors in lunch accounting.
So the school bought a Fujitsu PalmSecure biometric ID system, which has a scanner that reads the unique patterns of blood vessels in a human palm, enabling a positive ID, much like a fingerprint would.

When school officials sent out a letter announcing the program, some parents freaked out.

The parents had concerns centering around the belief that all forms of biometric ID constitute what the Christian Bible calls "the mark of the beast."

Here's what it says in Revelation 13:15-18: "And he causeth all, both small and great, rich and poor, free and bond, to receive a mark in their right hand, or in their foreheads: And that no man might buy or sell, save he that had the mark, OR the name of the beast, or the number of his name ... and his number is six hundred threescore and six."

Opposition to biometric ID is pretty widespread, and most of that opposition is based not on prophecy, but on concerns about privacy.

A Senate hearing last month revealed the U.S. government's own concerns about the use of facial-recognition technology, both by government law enforcement agencies and private companies like Facebook.

A professor from Spain's Universidad Autonoma de Madrid told the Black Hat conference recently that researchers there have come up with a way to hack iris recognition systems that fools the systems into identifying one person as another, raising fears that the main benefit of biometrics -- certainty -- may not be as reliable as promised.

There are many privacy organizations and advocates with serious reservations about the use of biometric identification technology of any kind.

Moreover, many people associate fingerprinting with criminality, and they just don't like the idea of it.

In general, privacy advocates view biometric tools -- especially those that can operate from a distance, such as facial recognition systems -- as grease on the slippery slope toward an Orwellian future in which the government can track everyone at all times with perfect accuracy.

So we find ourselves in a strange position in which some religious conservatives and some secular liberal privacy advocates both agree that biometric identification is evil.

Both groups can be vocal and influential. I predict that general opposition to biometrics will grow strong over the next few years.

But so will support for the technology.

YOUR BODY IS A CREDIT CARD

The cashless society is coming. The first step is the use of smartphones to make wireless payments.

Google, Apple and others are pushing hard to move money out of your wallet and into your phone.

The idea is that you'll walk into a store, transfer money from your account to the store, then walk out. No wallet necessary.

But without your wallet, how do they know it's really you?

Apple is buying the fingerprint company AuthenTec. It's likely that Apple will use the acquisition to build fingerprint ID into its products so you can use your Apple ID to buy anything.

It's just a matter of time before a majority of Americans are carrying biometric ID scanners in their own pockets.

Florida schools are talking about using biometric ID technology not only in the cafeteria, but also in the library and on the bus.

Japan is looking at using facial-recognition systems and other tools to speed up immigration procedures at two major airports.

A day care center in Minnesota is using fingerprint ID to make sure people picking up children are authorized to do so.

Biometric technology is even being proposed as the solution for cloud-computing security.

The people who accept and approve of biometric ID technology do so because it adds security and convenience to our everyday lives.

So it appears we're headed for a clash. On the one hand, you have a huge push for biometrics to replace signatures, passwords and photo IDs.

On the other, you have a large number of people who consider biometrics an unparalleled evil, and they will refuse to participate.

Who's right and who's wrong? Is biometric technology the answer to our security problems? Or is it just plain evil?
Tweet