Posted by tin Posted on 11:08 PM with No comments 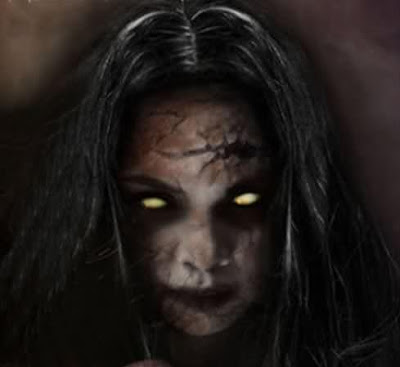 Supernatural attack, (be it magickal or Psychic in nature) have been observed by scholars of the occult to possess certain consistencies in manifestations throughout the ages.
Although the overall effect will vary from victim to victim the following are the most common manifestations of a supernatural affliction within someone’s life.
It is important to note though that the presence of any or all of these symptoms to not always constitute a supernatural manifestation within one’s life. One should always consider mundane reasons for these symptoms before jumping to the conclusion that one is under supernatural assault, for only after potential mundane sources have been ruled out should one take these symptoms into consideration.

The predominant feeling of weakness and tiredness out of nowhere in one’s life is a potential sign that one’s auric field has been penetrated or is being drained. The feeling of being drained, too weak or lazy to do anything, consistent fatigue has been noted and is more frequent than normal. In most cases like these, the victim has permitted a psychic vampire to exist within their lives. In most cases the psychic vampire is someone that they themselves have a strong rapport with and the parasitic relationship continues a state of perpetual energetic drain from the victim to the psychic vampire.

Most common feeling is the back of the head, where the neck meets the skull (known as the ghost gate in Chinese culture), but reports have been given of feelings of pressure or pain in the solar plexus area of the body, the heart, or even in the forehead. In this case, external energy from a mental form is trying to force its way into your auric field. The pressure throughout the body usually represent where the intrusion is taking place within the victim. In the case of pressure being felt in the ghost gate area, it is an early warning device that negative thoughts, impressions and feelings are intentionally being sent the way of the victim.

In the case of pressure being felt in the forehead (3rd eye) center, the cause of the intrusion is usually an external force trying to influence the thoughts of the victim, while in the heart center the emotions.

In this case, Murphy’s law is in full effect. That which can go wrong, goes horribly wrong. In other reported cases the effect of the misfortune can be condensed around one major aspect of a person’s life such as their job, their love life, or their reputation. One should consider all potential avenues of said misfortune before assuming that they themselves are the victim of a Curse, magickal attack or so on. In many cases intense misfortunes have also been attributed to certain astrological retrogrades as the notorious Mercury retrograde that happens three times a year. Always remember that a motive and intention of an aggressive magickal practitioner before consider that you have been Cursed, hexed or crossed.

Intense Emotional Outputs such as an inexplicable sense of fear, rage or suicidal thoughts with no reason, and sometimes severe depression, anxiety, anger etc. In most cases the emotional output is external and is unwittingly tapped into by someone with even the most limited amount of psychic ability. This phenomenon is similar to Psychic Vampirsm in a way that there is an energy transfer but instead of draining energy from the victim, emotional energy is knowingly being injected into the victim’s magnetic sphere. This is most true within the case of lingering though forms that were unintentionally left behind by their creators.
Tweet