Home » Conspiracy » THE CONSPIRACY THEORY OF JAPAN 9.0 MAGNITUDE EARTHQUAKE: Why the US used HAARP to create the Japan 9.0 magnitude earthquake.

THE CONSPIRACY THEORY OF JAPAN 9.0 MAGNITUDE EARTHQUAKE: Why the US used HAARP to create the Japan 9.0 magnitude earthquake.

Posted by tin Posted on 11:07 PM with No comments 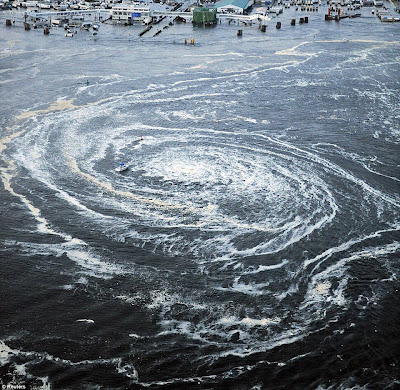 HAARP or High Frequency Active Auroral Research Program is a US military weapon of mass destruction that can alter the weather and create earthquakes anywhere in the World.
On March 11, 2011 HAARP triggered a 9.0 magnitude off the coast of Japan.

The epicenter of the earthquake was some 100 klms west of the Ring of Fire Fault line. This anomaly (earthquake didn’t occur on or near the fault line) plus HAARP induction magnetometer readings of 2.5Hz (signature frequency of an earthquake) being broad casted and recorded is evidence of a HAARP created earthquake.


Why would the US attack Japan using HAARP? Japan is producing vehicles that don’t use any gasoline – not a drop. No gasoline means zero emissions and zero oil revenue. The US attacked Iraq and Libya for one reason only – OIL! Why spend $trillions on wars of terror to seize control of the oil in the Middle East if the demand would drop drastically with the introduction of vehicles that uses zero gasoline?

The US used HAARP in an attack against Japan to protect its financial interests in the Middle East. The Japan Earthquake was created to kill the production of Japan’s all-electric and hydrogen fueled cars. Cars like the hydrogen fueled car – the Honda FCX Clarity.

The FCX Clarity demonstrates electric car qualities such as zero emissions while offering 5 minute refueling times, 134 horsepower and long range in a full function large sedan. In 2010, it is reported that there were a total of 50 FCX Clarity available for lease in the U.S with a target to have 200 available world-wide.

The Honda FCX Clarity fuel cell-electric vehicle was chosen as the pace car for the opening race of the 2011 IZOD IndyCar Series, from March 25-27 2011. This is the first-time a hydrogen-powered vehicle would pace an IZOD IndyCar Series race in the United States.

Propelled by an electric motor that runs on electricity generated in a fuel cell, the FCX Clarity’s only emission is water and its fuel efficiency is three times that of a similar-sized petrol-powered automobile. The FCX Clarity’s performance and acceleration are comparable to a 2.4-litre, 4-cylinder engine with an EPA certified range of 240 miles. The compact and powerful Honda V Flow Fuel Cell Stack allows for unprecedented spaciousness and a futuristically stylish, low-slung design and spacious interior.

Since the vehicle’s unveiling there were nearly 80,000 people around the world who expressed interest in owning a FCX Calrity. 80,000 people who won’t be buying any more gasoline once they take possession.

Japanese government asked Japan’s third-biggest utility company to shut its Hamaoka nuclear power plant, citing a government study (data provided by the United States Geological Survey (USGS) which is a scientific agency of the United States government) that claimed an 87 percent likelihood of a magnitude-8 earthquake striking the area within 30 years. Chubu Electric serves central Japan, including Aichi prefecture where Toyota, Honda, Mitsubishi and Suzuki have factories. All 4 Japanese automakers will no doubt suffer major financial loses as a result of the nuclear plant shut down. Also, electronics makers Panasonic, Toshiba and Fujitsu have factories that will be affected by the shut down.

HAARP was used by the US government against Japan to wipe out the more fuel efficient Japanese automakers and to prevent the World from dropping gasoline fueled vehicles for Japanese made all-electric and hydrogen fuel cell vehicles.
Tweet