Posted by tin Posted on 7:11 PM with No comments 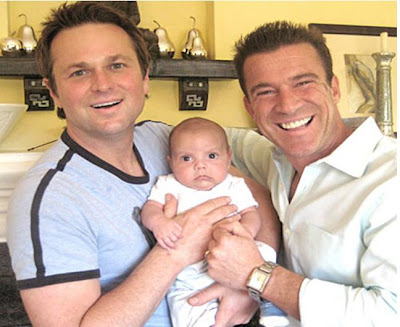 The theory that homosexual parents are the same as—or maybe better than—married mother-father parents has been called into question by two studies published on June 10 in the Social Science Research journal.
Conclusions discussed in the journal are sure to stir up much controversy.

A study at the School of Human Ecology at Louisiana State University conducted a careful and detailed analysis of some 59 previous studies that led the American Psychological Association (apa) to affirm in 2005 that children of homosexual parents are not disadvantaged in any way when compared to the children of heterosexual parents. Yet, referring to the apa claim, the author of the analysis, Dr. Loren Marks, stated: “The jury is still out. The lack of high-quality data leaves the most significant questions unaddressed and unanswered.”

The problems uncovered with the apa-cited studies were their small size; dependence on wealthy, white, well-educated lesbian mothers; and failure to examine common outcomes for children, such as their education, employment and risks for poverty, criminality, early childbearing, substance abuse and suicide. The apa studies often looked only at children’s gender-role behaviors, emotional functioning and sexual identities.

The New Family Structures Study conducted by Dr. Mark Regnerus from the University of Texas compared 2,988 young adults from age 18 though 39. That number included 175 adults raised by lesbian mothers and 73 adults raised by homosexual fathers. He looked at their lives on 40 measures of social, emotional and relationship outcomes.

Regnerus concluded: “[C]hildren appear most apt to succeed well as adults when they spend their entire childhood with their married mother and father, and especially when the parents remain married to the present day.”

Gerald Flurry wrote in the October/November Trumpet print edition, “Repentant homosexuals are going to be forgiven, like everybody else. But we should be deeply alarmed by these dysfunctional, upside-down families producing dysfunctional, upside-down people, and twisting family and sex. We should be very troubled by them trampling so many of God’s laws, and trying to destroy the beautiful vision of the Family of God.”
Tweet