Home » Conspiracy , health » The Truth about the RH Bill. The RH Bill is the masterpiece of Planned Parenthood

The Truth about the RH Bill. The RH Bill is the masterpiece of Planned Parenthood

Posted by tin Posted on 4:16 PM with No comments 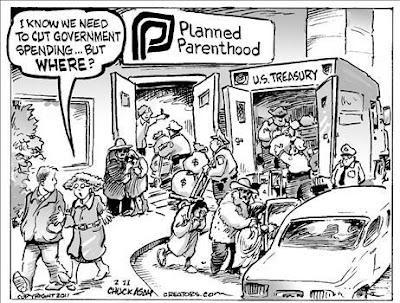 With all the controversies and debate regarding the Reproductive Health Bill now pending in Congress,
a consequence of pervasive campaigns by Pro-contraceptive/pro-abortion groups with the help of their allies in Congress, one thing comes to mind – who really is behind all of this.

The current RH Bill here is strikingly similar to all the reproductive health and birth control laws imposed in the United States and Europe. All had been supported and aggressively promoted by a somewhat obscure yet powerful and influential international organization - The International Planned Parenthood Federation (IPPF), commonly simplified to Planned Parenthood. It is a global non-governmental organization with the BROAD aims of promoting sexual and reproductive health, and advocating the right of individuals to make their own choices in family planning. It now consists of more than 149 Member Associations working in more than 189 countries, including the Philippines through the Family Planning Organization of the Philippines (FPOP), the largest and most prominent non-governmental family planning organization in the country. In 2011, the FPOP received US$625,000 from Planned Parenthood (IPPF) to support the RH Bill.IPPF is highly developed and organized into six regions. The IPPF is financially supported by governments, trusts, and foundations including the European Commission and the United Nations! Through their agents, and sister organizations propagating pro-abortion and pro-contraceptive sentiments to the public, and their allies in the government promoting birth and population control policies fostered by their organization, it is certain that through their efforts, their widespread malevolent campaign, the birth control policies in these countries have been put to place - in the guise of “reproductive health” and “responsible parenthood.” What is happening now in our own country is no different. The RH propaganda is backed and well-funded internationally by an organization called the IPPF.Who is behind all of these reproductive health chaos and deceits? The Planned Parenthood and all its partners in crime, thanks to its eugenicist founder, Margaret Sanger, who said, "more children from the fit, less from the unfit; that is the chief aim of birth control."Is Sanger a murderer? It seems that her autobiography claims that Margaret Sanger is against abortion and she actually believed it is wrong because it kills a human being: "To each group we explained what contraception was; that abortion was the wrong way—no matter how early it was performed it was taking life; that contraception was the better way, the safer way—it took a little time, a little trouble, but was well worth while in the long run, because life had not yet begun." In another occasion, she also said that birth control is "no abortion. Abortion kills life after it has begun. . . Birth Control is neither harmful nor immoral." That is the exact argument of the RH Bill advocates -- that we need contraception to minimize illegal abortions. Sounds plausible; or does it? History showed that Sanger is not really anti-abortion after all. She actually spent the rest of her life convincing Americans and the whole world, through her (now) worldwide organization, that abortion is a normal part of a woman's life, and that the government should support it.But of course, it would have not been easy to say that you oppose abortion today and promote it tomorrow. The first part of the plan was already put in place and rapidly getting popularity and support; that is the propaganda that contraception would minimize abortion. Americans underestimated Sanger's cunning and failed to see what she was up to.With a very subtle intention, she said, "While there are cases where even the law recognizes an abortion as justifiable if recommended by a physician, I assert that the hundreds of thousands of abortions performed in America each year are a disgrace to civilization." It conditions the readers' minds that she was really a champion of women and that she personally opposes abortion, although the law and the health care providers consider it acceptable in particular cases. Through this statement she wanted to imply that there are times when abortion is not absolutely wrong. She even claimed that "the woman who goes to the abortionist's table is not a criminal but a martyr." Sanger was a very crafty woman. She had written and spoken self-contradicting statements but instead of being put under scrutiny she had successfully confused the whole world, changing its values, cultures, and notion of life. While continuously claiming that contraception is far better than abortion, she encouragingly stated, "We know that abortion, when performed by skilled hands, under right conditions, brings almost no danger to the life of the patient, and we also know that particular diseases can be more easily combated after such an abortion than during a pregnancy allowed to come to full term." Planned Parenthood doctors still use this deception, telling women that abortion is safe..."even safer than giving birth."Now, what do you think Margaret Sanger really wanted to promote, contraception or abortion? Was she an anti-abortion or an abortion promoter? Let her answer that question: "The most merciful thing that a large family does to one of its infant members is to kill it." At first, she said that abortion is always wrong; then she subtly implied that it is justifiable in some cases; and finally, that killing an infant is a merciful act.Followers of Margaret Sanger and of Planned Parenthood believe it is their right to demand government-paid contraception and abortion, and that they should not feel sorry for killing their own children as their "Mother" taught them. This was exactly the future that Margaret Sanger had in her mind. She said that "women must come to recognize there is some function of womanhood other than being a child-bearing machine." Between the lines is her notion that womanhood is also being a child-killing machine.So what kind of citizens do Margaret Sanger and Planned Parenthood want us to be?PromiscuousDisrespectfulIrreligiousMurderersAdulterousAs perverse as we can possibly beRH Bill advocates can say forever that this is not about abortion; that this is about women's health; that this is about preventing abortion; but we already know their color. Planned Parenthood is the largest organization of baby-killers and their dirty tactics are already EXPOSED.
Tweet