Posted by tin Posted on 10:58 PM with No comments 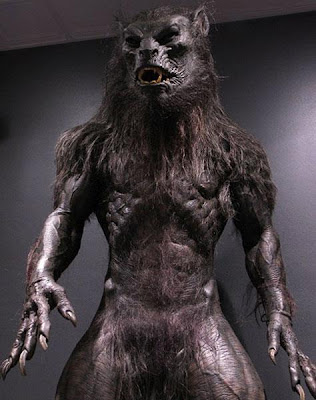 The early Lycaon though being regarded as a Pelasgian who existed in nine year cycles as spouse to the Moon in pre-Hellenic times.
The Roman poet Virgil likewise assumed that the first werewolf was Moeris, who was given the secrets of magic, including necromantic readiness of resurrecting the dead from the threefold fate Goddess Moirai. The three Moirai (Fates) now found with the three Maries at the resurrection of Jesus in the New Testament.

In prehistoric Balkan cultures of Old Europe as well, the Dog/Bitch was often considered a very sacred companion of the Moon. In Rome, there was a Feronia festival honored to the Wolf Mother.

In France, Belgium, Netherlands, Germany, and northern Italy, vestiges were likewise found with the Moon Goddess Hecate, Artemis and Diana, as venerated by her numerous wolf cultists during ancient and medieval times under her totem "Lupa", for who was the mother of wild animals and protector of the founders of Rome.

Later in Europe nonetheless, these aged wolf myths became largely arrogated and vastly Christianized. Under the Inquisition, straightforward signs such as claw-like fingernails or pointed ears were all used to distinguish signs of the Lycanthrope. The medieval chronicler Gervase of Tilbury believed that just basking under a full Moon was an effective method in making a metamorphose.

The famed Swiss physician Paracelsus even too considered the brain to be a "microcosmic Moon". In early Indo-European languages, both "Moon" and "Mind" doubly became etymologically linked. Two names for example of the Roman Goddess were "Luna" and "Mana", which later gave rise to her devotees being called Lunatics or Maniacs.

In pre-Islamic Arabia, it was the threefold Goddess "Manah". In Sanskrit "Manas" and "Mens, Menos (Moon)" in Latin was "Blood". From this root later derived English words to the likes of "Mental", "Menstruation" or "Menace". To the Teutons, it was a "Managarmr" (Moon-Dog) in the hunt of the Ragnarok.


What werewolves were to northern and western Europe, vampires became to eastern Europe up until the 19th century in Albania, Greece, Hungary and Romania. The name "Vampire" supposedly comes from Slavic, feasibly traceable to central Asia where from Hungaria to Thailand derivatives in "vampra" or "vampir" are known with a Lunar Sabbath. The Greeks carried "sarco-menos", or "flesh made of the Moon".

The Slavic linguist Franc Miklošic suggested from Kazan Tatar ubyr "Witch." These contentions likewise were all based on much older myths surrounding Lunar blood which recalled the dead to life from the menstrual cycle. Regular supplies of blood would then impart a kind of life to the undead, that is vampires, or vamps, a woman. A Vampire hence then walked wherever the Moon shone and was most active at the Full Moon looking to drink blood.

In Hebrew, the word for "Blood" likewise became "Mother" deriving from "dam". In Indo-European languages this too gave way to modern words such as "dam", "damper", "damsel", "madam", "dame", "damage"...a curse, meaning "damned". One English monk even believed the Moon was the Mother of all bodily fluids, and that the body's most important life giving fluid was blood.
Tweet