Posted by tin Posted on 1:00 AM with No comments 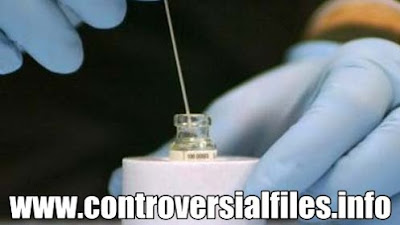 First it was millions of servings of long-term storable food. Then it was billions of rounds of high-powered ammunition and thousands of tank-like armored vehicles. Now the occupying powers of the U.S.
federal government are stockpiling millions of doses of smallpox medication in alleged preparation for a potential "bioterrorism attack," according to The New York Times (NYT).
Even though smallpox was supposedly eradicated back in 1980, with the only known remaining virus currently being held in government-owned laboratories, Big Brother has contracted with Siga Technologies, a small vaccine and antiviral drug company, to produce two million doses of an antiviral drug known as Arestvyr, which is administered following a viral infection.The $463 million order, which was made by the U.S. Department of Health and Human Services (HHS), is allegedly enough to contain a smallpox outbreak in a large American city, according to Robin Robinson, Director of the Biomedical Advanced Research and Development Authority (BARDA). However, if an outbreak were to occur nationwide, the government would need 12 million doses.But according to Dr. Richard H. Ebright, a bio-weapons expert from Rutgers University in New Jersey, the two million-dose order is excessive because the U.S. government already has about 300 million doses of smallpox vaccine in its strategic reserve. This number is astounding, considering that back in 2001, the federal government possessed a mere 15 million doses of smallpox vaccine."Is it appropriate to stockpile it? Absolutely," Dr. Ebright is quoted as saying to the NYT about the purchase. "Is it appropriate to stockpile two million doses? Absolutely not. Twenty thousand seems like the right number."Not surprisingly, Dr. Eric A. Rose, President of Siga and Vice President of the holding company owned by Siga's multi-billion dollar owner, believes the two million-dose order is appropriate. He has even come out in defense of the $200-per-dose price the government paid for the drug with taxpayer dollars.Arestvyr is not FDA-approved, has never been safety tested on humansDespite all the glowing endorsements for Arestvyr, which some are claiming will "save lives" in the event of a pandemic, the drug has never been approved for use in humans by the U.S. Food and Drug Administration (FDA). In fact, Arestvyr has never even been tested in humans at all, according to the NYT, because smallpox has already been eradicated in humans.This means that, should the government one day declare a smallpox or other pandemic, whether real or fictional, millions of Americans will instantly become human guinea pigs for a drug that has never been shown to be safe, let alone effective. Even claims surrounding the benefits of Arestvyr in mitigating damage caused by the smallpox vaccine itself are bunk, as those who recovered the drug were admittedly also given other treatments in conjunction with it.Bill & Melinda Gates Foundation advisor says entire US could be vaccinated for smallpox in three daysBut none of this has caused anyone of prominence in the U.S. government to bat an eye, as preparations are being made right now to administer this costly drug to millions of people without proper safety testing. Plans are also apparently in the works to vaccinate the entire U.S. for smallpox, even though the vaccine has been shown to trigger harmful side effects such as encephalitis, an inflammation of the brain."If we had to, we could vaccinate the entire country in three days," gloated Dr. William H. Foege, an advisor to the infamous Bill & Melinda Gates Foundation, and perpetrator of the universal smallpox vaccine fraud.
Tweet