Home » Conspiracy , Controversy » Eight ways eating sugar is sending you to your grave

Eight ways eating sugar is sending you to your grave 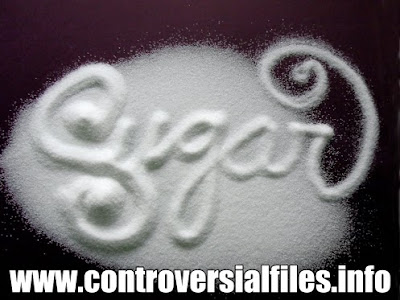 The latter part of the 20th Century has seen an exponential increase in sugar consumption provided by the processed food industry's introduction of high fructose corn syrup (HFCS) and increased sucrose content in common foods and beverages.

Sucrose (refined sugar) and HFCS are ubiquitous in all fast foods and most processed foods. Natural food fiber is removed from processed foods and beverages, giving those sugars a faster track to our bloodstreams.Whole fruits and whole grain carbohydrates contain fiber to slow sugar absorption down. Sugar was made difficult to get; man has made it too easy. The exponential increase of refined sugar and HFCS consumption contribute to obesity much more than dietary fat.An audience attended lecture given by Dr. Robert Lustig, author of Fat Chance, went viral on YouTube with over three million views. Lustig explains how obesity, diabetes, and coronary disease and other health issues that have become epidemic since the 1950s should be attributed to higher sugar intake.Dr. Lustig and others assert that sugar is not just empty calories, it's poison. Sugars are added to almost all processed foods to camouflage undesirable flavors, increase shelf life, add flavor, and hook us to buy and eat more dead food using sugar's addictive qualities.Dr. Nancy Appleton, author of Suicide by Sugar, actually lists 146 reasons why sugar is ruining your health. We'll look at eight for now.(1) Sugar is a cancer cell's favorite food. Even without having cancer, we all have a few cancer cells floating around.When an acidic internal environment discourages normal cellular glucose metabolism with oxygen, those oxygen starved cells begin thriving by fermenting glucose and demanding more that our culture readily provides. Why encourage them?(2) Candida yeast cells also exist in small amounts with everyone. When they overwhelm our friendly probiotic bacteria, we have Candida yeast overgrowth, which enables this fungus to infiltrate the body with all sorts of health problems.Diets for discouraging and helping eliminate Candida promote complete abstinence from all forms of sugar until the overgrowth recedes. High sugar intake encourages Candida, which many say is cancer's favorite habitat.(3) Processed sugar and fructose are stripped of all mineral content and wind up leeching minerals from our bodies, including our teeth. They also inhibit mineral absorption, including magnesium. Magnesium is a commonly deficient and vitally important for over 300 metabolic processes.(4) GMO corn is used to manufacture HFCS, and this process creates a mercury byproduct. GMO beets are used more now for creating sucrose (table sugar). Pure unprocessed sugar cane does contain nutrients, while processing involves nasty chemicals that can come along.(5) Sugar is addictive. It stimulates central nervous system neurotransmitters dopamine and serotonin, giving you a pleasant buzz to crave more and promote overeating dead processed foods.(6) Sugar creates glucose spikes that force the pancreas to produce insulin more often and beyond it's normal capacity. This wears the pancreas down, limiting insulin production that leads to diabetes. Type II diabetes is insulin resistance, which is preceded by metabolic syndrome at least partly attributable to high sugar intake.(7) A depleted pancreas can't provide sufficient proteolytic enzymes to bust open cancer cell walls and render them defenseless from the immune system's killer cells.
(8) Many nutritional experts attribute the rise of obesity and cardiac problems to higher refined carbohydrate and sugar consumption. And the condensed fructose in HFCS is absorbed first by the liver, which cannot metabolize it all and has to store accumulated fructose as fat creating fatty liver.Obesity, diabetes, and heart disease became epidemic after low and no fat diets were introduced while sugar and HFCS were increased in processed foods and beverages.
Tweet