Health insurance rates to double as Obamacare fully kicks in

Posted by tin Posted on 9:11 PM with No comments 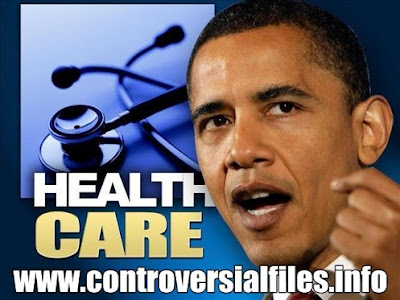 Writing on the blog of the Department of Health and Human Services on the third anniversary of the passage of the Affordable Care Act, more popularly known as Obamacare, HHS Secretary Kathleen Sebelius had this to say about the impact of the law on insurance rates:

As a former state insurance commissioner, I know that for too long, too many hard-working Americans paid the price for policies that handed free rein to health insurance companies. For more than a decade before the Affordable Care Act, premiums rose rapidly, straining the budgets of American families and businesses. And insurers often raised premiums without any explanation. ... The Affordable Care Act is working to bring affordability and fairness to the marketplace by barring insurers from dropping your coverage when you get sick or placing a lifetime dollar limit on coverage.

Sebelius goes on to imply that provisions within the law (requiring more "transparency" from insurance companies, for instance) will eventually help lower rates (though she never says so directly). In other words, she's dodging the issue of rising premiums, and with good reason: Premiums under Obamacare are likely to double for most Americans, according to health insurers who are being forced to comply with Obamacare's stringent coverage requirements.

"Health insurers are privately warning brokers that premiums for many individuals and small businesses could increase sharply next year because of the health-care overhaul law, with the nation's biggest firm projecting that rates could more than double for some consumers buying their own plans," The Wall Street Journal reported March 22.

Insurers made those projections in sessions with agents and brokers; they provide some of the most damning evidence so far of just how much Obamacare will force companies to raise rates when major provisions of the law kick in next year - just as scores of industry experts and economists warned would happen.

Such predictions don't jibe with the rosy - and misleading - rhetoric from Sebelius and her boss, President Obama, the latter of whom said in 2010:

Both the president and his team don't understand free-market economics, or they do and they have been intentionally misleading. Either way, the figures the insurance companies are projecting are the polar opposite of what Americans were promised by Obamacare advocates regarding the future cost of policies (and really, prices for such services have never really gone down).

"There's no question premiums are still going to keep going up," Larry Levitt of the Kaiser Family Foundation, a research clearinghouse on the health care system, told CBS News shortly before Obamacare became law. "There are pieces of reform that will hopefully keep them from going up as fast. But it would be miraculous if premiums actually went down relative to where they are today."

Yet another Obamacare lie

The one ace in the hold the government retains; however, is regulatory power over the insurance companies in terms of price increases. Under Obamacare, insurers have to request rate hikes and they must be approved by government bureaucrats, the vast majority of whom have a) never run a business; b) never had to meet a payroll; and c) have never had to cover employees' health insurance and other benefits.

So in this sense, the government very well could keep rates artificially lower than they normally would be, but while requiring insurers to cover more people for less, they won't be in business long.

And that could well be the administration's goal.

"Carriers will be filing proposed price increases with regulators over the next few months," WSJ reported. Time will tell how that goes, but the word is out: What Americans were told about lower premiums under Obamacare, like most of what they were told about the law, was a lie.
Tweet