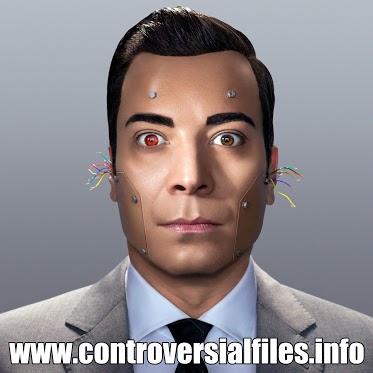 Amazing new research suggests that human beings have devolved emotionally during the last 100 years.
If the sad emotional decline continues, we'll be left with nothing but a bunch of automaton droids running around without a feeling sense.Researchers at the University of Bristol have done an impressive analysis of literature published during the last 100 years. The data shows a very strong decline in emotionality overall, and highlights a distinct rise in fear since in the 1970's.Here is a summary of the research:• Database of over five million digital books analyzed for emotional content• Mood words were divided into six categories: anger, disgust, fear, joy, sadness, and surprise• Adjustments made for new content fields• Since 1900, a massive decline in literary expression of emotions• Fear declined overall, but is on the upswing since the 1970's• Happiness at its peak during the 1920's and 1960's• Sadness rising during the 1930's and at its peak during World War II, with another sadness rise during the 1970's• The emotion of "disgust" showed the lowest final score• British English has become even less emotionally expressive than American EnglishWhat is causing the decline in expressed emotions?First of all, we could question whether or not the data applies to the general populace. Just because authors are less expressive, does it mean that people in general are less emotionally aware?This is a good question. There is logical reason to believe a culture's literature accurately reflects the culture, however, especially when it corresponds so well with other events, like WW II and the Great Depression.Does the rise of chemicals have anything to do with the emotional malaise? Additives in our foods, mass pharmaceuticals, environmental toxicity; what do all of these have to do with it? Is fluoride in the water really melting our brains and inhibiting a deeper expression of our humanity?Of course! How can emotional energy flow though a medium clogged with such gunk? Energy might flow, but with less vibe.Do you wish you could numb yourself?Are we in a trend of emotional numbing and is this what people want? Are people less and less able to manage their own emotions and therefore turning to chemical solutions that turn off their emotional brain?It's ironic that we are in the midst of an explosion in personal development tools and emotional management techniques. Everywhere you turn, someone has a new solution. Emotional freedom techniques, visualizations and meditations, quantum cures and law of attraction promises...are they working on the whole?Or, are we looking at an emotional epidemic similar to the obesity epidemic? With more weight loss strategies available than at any other time in history, we are fatter than ever.Now, what? Write your feelings! Learn to manage them. Understand how you sabotage yourself and set yourself up to feel bad over and over, so you can stop doing this without the need to numb your mind.Emotions are the lifeblood of the soul. If they are on the decline, so is humanity.
Tweet