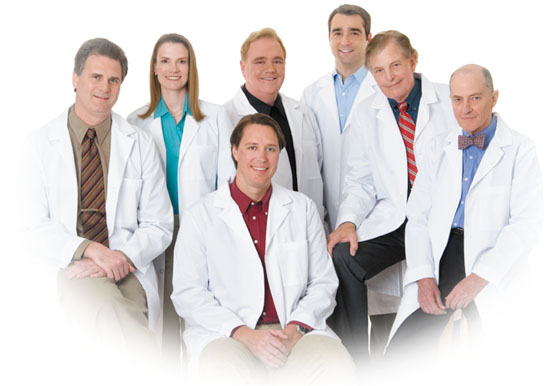 According to live tweets and images sent from ophthalmologist Dr. Kris Held, nearly all doctors had walked out in protest and disgust of Obamacare implementation talks at a prominent national health care meeting.
Typically, The American Society of Cataract and Refractive Surgery Government Relations session is a well attended, formal business conference where brilliant minds in medicine convene. This year was a different story. With talks of Obamacare implementation and compliance underway, doctors left and right had left the auditorium.

Dr. Kris Held tweeted during the meeting, "Doctors are literally walking out of this talk on implementing, complying with Obamacare. We are men and women of the mind not mindless drones."

"In the past our government relations session was well attended. Government minion is droning on, as virtually all doctors have walked out."

"I'm staying to the bitter end to make comment and ask how government plans to do all this with no doctors?"

The Obamacare penalty Starting in 2014, consumers will be forced to purchase health insurance under the Affordable Care Act. Naysayer's noncompliance will be punished with an IRS tax penalty. The tax penalty in 2014 begins at the rate of $95 per individual or one percent of household income, whichever is greater.

When 2016 rolls around, the penalty grows to $695 per person or 2.5 percent of annual household income, whichever is greater.

Even worse, a new Health Pocket consumer survey is showing that most uninsured people will remain uninsured. Nearly two-thirds of consumers said that the $95 penalty wouldn't motivate them to obtain health insurance. The reality is that the penalty isn't going to motivate very many people to buy insurance in October of 2013. That being said, the Obamacare mandate is going to serve as just another tax increase, a large one at that, which will squeeze more life from the economy, driving away innovation.

Some people are completely uninformed or apathetic toward the new penalty. In the HealthPocket survey, nearly 30 percent said they were "not certain" whether the penalty will motivate them to buy health insurance. According to Kev Coleman, head of Research & Data at Health Pocket, "That uncertainty may stem from a lack of awareness that a tax penalty under Obamacare exists, or a lack of understanding of how that penalty amount will compare to the cost of a new Obamacare health plan."

What doctors are saying about ObamacareAfter practicing medicine for twenty-five years Dr. Tamzin Rosenwasser left her dermatology practice in 2011. "I have interrupted practicing medicine because of Obamacare," said Dr. Rosenwasser. "I've read the bill. I was conversant with what had already happened with Medicaid, and I didn't want to go down that road with Obamacare."

Dr. Richard Armstrong, a Michigan-based surgeon and chief operating officer of Docs 4 Patient Care says, "Every single day, people are talking about retiring early, getting out of clinical medicine, or going into hospital administration, where you don't have to think about patient care anymore."

"Some physicians are all for Obamacare," said Dr. Rosenwasser, who had practices in Florida and Indiana. "They've been brought up in the government system. This is what they know."

Most doctors are just waiting to see what happens. "About 90 percent of doctors are completely uninformed about what the government's doing," Dr. Armstrong said. "A lot of them are in this free-floating anxiety mode."