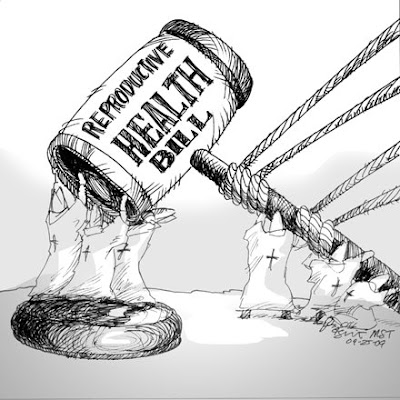 U.S. Secretary of State Hillary Clinton’s rebuke of the Canadian government last week finally confirms what pro-family groups have been saying for decades: when they say family planning or reproductive health, they mean abortion.

If you are unaware of the foreign affairs fiasco we are referring to, here is the back story.

As rotating head of the G8 this year, Canada is leading efforts to promote maternal and child health in developing countries.

In outlining the initiative for the upcoming summit, conservative Prime Minister Harper specifically left out reproductive health topics, specifically abortion and contraception, preferring to focus on actual healthcare. The choice led to a national controversy and pressure from pro-abortion lobbies.

In response to a campaign by a Canadian policy group, Harper did concede and include contraception in the initiative but refused to include abortion. The opposition Liberal Party then attempted, but failed, to force the issue by passing a parliamentary motion that would require Canada’s G8 initiative to include “the full range of family planning, sexual and reproductive health options.” Although the Liberal Party would not state that this would include abortion, it was clearly implied.

Last Tuesday, Canada hosted a G8 Foreign Ministers meeting in Gatineau, Canada in preparation for the summit this summer. Clinton took the opportunity to chastise the Canadian government for, among other things, this policy on maternal health and abortion and clarify for everyone that reproductive health means abortion.

When asked her opinion on the Canadian debate, Clinton responded:

There you have it. Reproductive health means abortion.

For decades, we have been fighting the words “reproductive health” and “family planning” in UN documents, arguing that these words mean abortion. And for decades, our opposition has denied it. Well, they can deny it no longer. Clinton has made it clear that every document that includes the words “family planning” or “reproductive health services” is a document promoting abortion. Unfortunately, as our alert two weeks ago pointed out and this recent incident illustrates, the push to reduce international maternal mortality rates will only increase the number of documents and policies susceptible to this language.

So thank you to Secretary Clinton for making the battle so clear. And thank you to Prime Minister Harper for standing for life and focusing on policies that save rather than take lives.
Tweet