Home » Conspiracy , science » Philippines is Under Attack by HAARP from CHINA?

Philippines is Under Attack by HAARP from CHINA?

Posted by tin Posted on 4:35 PM with No comments 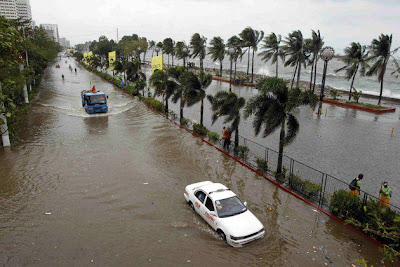 Have you notice the bizarre activities of our Philippine weather lately? We knew it's still summer time...the season, base on experience will not be over maybe until up to mid July or early August BUT why these past days in the middle of a very hot summer afternoon (in fact tossing around 36degrees)
we can hear thunderstorm followed by strong surge of rain showers? Sometimes raining hard with bright clouds above. Oldies even have tales circulating on a myth that there is a marriage going on between human and spiritual beings when its raining on a bright sunny day.