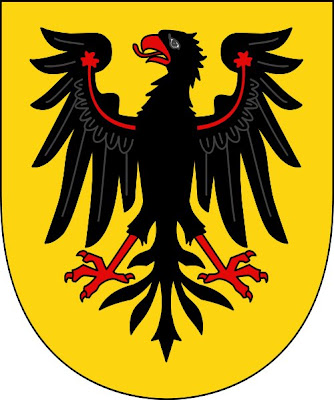 Yet do they really?

Last month a meeting attended by representatives of 10 European nations convened in a palatial mansion in Brussels to consider creating a powerful new presidential post to lead the greatest trading bloc in the world, the European Union.

EUobserver.com reported that “Ideas kicking around in a reflection group of select EU foreign ministers include merging the roles of the EU Council and European Commission presidents.

The representative group of 10—convened by Germany—comprise Austria, Belgium, Denmark, France, Italy, Luxembourg, the Netherlands, Poland, Portugal and Spain. Though the number 10 is significant to Bible prophecy relating to a Europe of the immediate future (Revelation 13 and17), it is highly doubtful that this particular group of 10 will be the final 10 nations that will take the lead under German hegemony in the prophesied future restructured European Union.

Nevertheless, the prophetically most potent consideration to which this group of 10 devoted its time was the prospect of merging its present three-tier top-level leadership into one all-powerful presidential office. Such a proposal has a most significant prophetic ring to it.

The problem that the EU leadership presently experiences is a problem of redundancy. The three top offices that presently lead the unwieldy union of 27 nations tend to trip over each other in the decision-making process.

As EUobserver.com puts it, “The EU Council president post was created by the Lisbon Treaty in 2009. But the Lisbon architecture is messy, with Van Rompuy, for instance, overseeing recent debate on EU fiscal reform, while Barroso’s commission puts forward its own ideas and implements final decisions.

In the revelation of prophecy for our time relative to world conditions that will prevail immediately prior to Christ’s return, it is clear that a single powerful political leader in tandem with a single great religious leader will dominate a great prophesied northern power that shall hold sway globally for a brief moment in time (Revelation 13).

In respect of the prophesied future political supremo of Europe, the fact that all three senior EU officials—Herman van Rompuy, José Manuel Barroso and Katherine Ashton—are prepared to consider a merger of their powers into a singular super-presidency of the EU is vitally significant!

Keep watching for this proposal to become a reality.

However, in our watching, one aspect of this powerful super-president’s appointment to office should not be overlooked. Contrary to the observation quoted by EUobserver.com’s source—who stated that the appointment of a singular EU super-president would give the EU more “‘democratic legitimacy’ because he or she would be elected by meps”—Bible prophecy indicates that the future political leader of the final 10 will not be elected to that office. In fact, that leader will rather be drawn to that all-powerful office by flatteries (Daniel 11:21).

The questions that remain are, which political personality has the charisma, the general political appeal, and perhaps the dynastic profile, to be drawn into that office by flatteries?

Believe it or not, he is already waiting in the wings for his moment. Indications are that he even tested the water last year and found that his moment had not yet come.

Watch the inevitable rise to prominence of a charismatic political personality to the point of his eventual appointment as the super-president of a powerful European combine—a great northern superpower (Daniel 11)—ruled over by 10 kings, all yielding their own individual power to his overarching leadership (Revelation 17:12-13).

Revelation 17:12-13
“The ten horns you saw are ten kings who have not yet received a kingdom, but who for one hour will receive authority as kings along with the beast. 13 They have one purpose and will give their power and authority to the beast.


Reading in Daniel 2 v.45 the ten toes of the fourth beast (Roman Empire) were made of iron and miry clay making a brittle substance. This is speaking of the 10 kingdoms or kings which will emanate from the Roman Empire and be in existence at the time of Christ's return. Ten Horns - Ten Kings Their worldwide power will come in association with the beast. One hour indicates a relatively short time (18:10, 17, 19).

This is speaking of the reforming of the old Roman Empire. Presently the old Roman Empire has been reformed by ten common market nations in Europe today. There are more currently, but only 10 will come to prominence during the end time. In my opinion, these "ten horns" are those ten common market nations. The headquarters for these ten nations is in Rome.

These rulers of a ten nation federation will unite to give their political authority and military power to the beast to conquer the earth and make war against Christ (16:14; 19:19) The purpose of Satan through the Beast and fellow kings is to establish an invincible kingdom that Christ cannot overcome when He returns. But Christ is King of all kings, and will overcome the beast and his kingdom when He returns (19:11-21). Those who follow Christ are called and chosen by Him, and faithful to Him (19:7-8, 14)

At this point in his career the Beast will have total control of the world, for he will command ten "kings" who rule the nations of the earth: The ten horns which you saw are ten kings who have received no kingdom as yet, but they receive authority for one hour as kings with the beast.

These are of one mind, and they give their power and authority to the beast" Then the Beast's kingdom starts to come apart. He hears rumors of insurrection, which fill him "with great fury to destroy and annihilate many," in Daniel's terminology (Dan. 11 v.44).

It is to fulfill prophecy. Kings and Kingdoms, good and evil, have to do exactly what God wants. Sometimes they are not even aware of why they are doing it. God puts the idea into their head, while all the time, they think it is their clever idea.

He marches to the Valley of Megiddo, where he meets other armies of the world for the Battle of Armageddon.
Tweet