"The real meaning of AMEN"

Posted by tin Posted on 6:43 PM with No comments 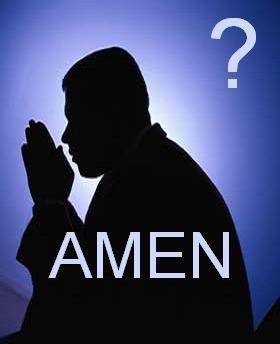 Amen! Perhaps you pronounce it Ay-men or Ah-men or Ah-main or even Oh-mein. You say it at the end of prayers or after someone says something you agree with. So be it. Verily. Truly.
They’re all translations of the word “Amen.” But is that the true definition?
The Kabbalah has several methods of finding such secrets. One way is to find words that are actually abbreviations made from the first letters of a series of words. Today we call such abbreviations acronyms. An example would be that the word NATO is an abbreviation for North Atlantic Treaty Organization. In the Kabbalah, the practice of finding or using acronyms is called Notarikon.

Many Jews will say “Al Melech Neh-eh-mahn” before reciting in private the prayer that is the statement of faith, the Shema. A common synagogue prayer in Judaism has the Rabbi make a statement and the congregation replies with “Al Melech Ne-eh-mahn.” God is a faithful king.
Tweet