Posted by tin Posted on 10:27 PM with No comments 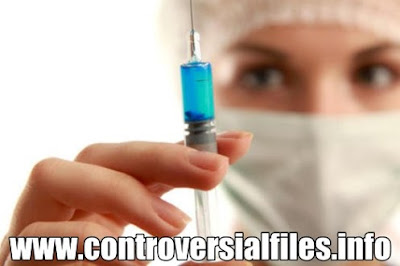 The federal government has once again been exposed for lying about the safety of the infamous swine flu vaccine, also known as H1N1.
According to a new study published in the journal The Lancet, people who received the swine flu vaccine during the 2009-2010 pandemic hoax were at an elevated risk of developing a potentially-deadly paralysis disorder known as Guillain-Barre syndrome, or GBS.
Based on data collected from six different adverse event reporting systems, including the core vaccine safety datalink and several new surveillance systems created by Medicare and the U.S. Department of Defense and Veterans Affairs, researchers found that among the 23 million people who were vaccinated during the scare, an additional 1.6 cases of GBS were observed per one million people vaccinated.According to statistics presented by TIME.com, one in 100,000 people is said to develop GBS, which is a relatively small amount overall. But the widespread issuance of the H1N1 vaccine was responsible for triggering an additional 77 reported cases of the autoimmune disorder, some of which manifested up to 91 days after individuals received the vaccine.The findings contrast sharply with false reassurances made back in 2009 by many so-called medical experts. Dr. Paul A. Offit, the infamous "vaccine expert" who outspokenly believes children can safely receive 10,000 vaccinations at once without issue, is quoted in a 2009 article in The New York Times (NYT) as doubting any link between the swine flu vaccine and GBS.

But the numbers speak for themselves, and they more than likely represent just a small fraction of the total number of vaccine injuries caused by the swine flu vaccine. After all, adverse event reporting systems are believed to represent as few as one percent of the total number of vaccine injuries that actually occur, the vast majority of which never get reported.Nearly every single flu shot study used to justify phony approval of H1N1 vaccine flawed, says doctorAs many readers will recall, the H1N1 vaccine was never properly safety tested in the first place. Health authorities claimed that existing studies on flu shots were enough to validate the safety and effectiveness of the swine flu shot, even though it contains a unique blend of viral components and adjuvants that differs from the annual flu shot.But as explained by Dr. Thomas Jefferson, coordinator for the Cochrane Vaccine Field in Rome, Italy, most of the existing flu studies are flawed. According to information presented by truth-seeker Gary Null, a mere five percent of vaccine studies are reliable, and the other 95 percent do not hold water."This should not come as a great surprise; even CDC (Centers for Disease Control and Prevention) officials were forced to confess that 'influenza vaccines are still among the least effective immunizing agents available, and this seems to be particularly true for elderly recipients,'" explains Null in an article on the subject published earlier this year.

That was confirmed recently by the CDC itself, which admitted that annual flu shots provide little or no protection for people over 65 years of age, which is the primary target group for the vaccine. And a CDC study released several years ago made plain the fact that fewer than two percent of people in general derive any real protection from flu shots, while many more suffer serious and potentially life-threatening side effects.
Tweet