Posted by tin Posted on 10:04 PM with No comments 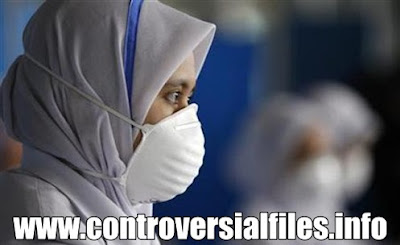 A new virus, identified in September 2012, similar to that of SARS; called novel coronavirus or NCoV, has affected a dozen people worldwide over the past several months, half of which have died.
The novel coronavirus "grows very efficiently" in human cells, said Volker Thiel of the Institute of Immunobiology at Kantonal Hospital in Switzerland, who led the study. Health Protection Agency's head of respiratory diseases, John Watson, said of the recent cases, they provide "strong evidence of human-to-human transmission" of the new virus "in at least some circumstances."The recent victim, the fourth known case in Britain, had an underlying condition making him more susceptible to respiratory infections which may have played a role in allowing NCoV to take his life. The first known case plagued a Qatari man in Britain who had made a recent visit to Saudi Arabia.Like the SARS virus, which first occurred in China in 2002 and claimed the lives of approximately 10 percent of the 8,000 people infected, NCoV is part of the family of coronaviruses, which also includes viruses that contribute to the common cold. In fact, just as easily as a cold virus can penetrate the lungs and attack the immune system, NCoV has adapted to do the same.In regards to the current state of NCoV, professor of virology at Britain's University of Reading, Ian Jones, stated that NCoV "is related genetically to SARS but only distantly and the other known human coronaviruses cause only mild disease," and at this time, "does not appear threatening."Increase immunity naturallyIn an effort towards prevention of serious illness from harmful bacteria and viruses, many health advocates discuss natural approaches to building immunity. The approach is to consistently keep the immune system strong before any contact with foreign invaders.Many foods exist in nature that are no longer part of the common diet of man. Foods like herbs and medicinal mushrooms were part of the diets of our ancestors to keep their immunity system working in a state of balance. The chaga mushroom; for example, is said to contain properties that keep the white blood cells in a state to defend against foreign invaders.Additionally, the following considerations are made to keep health and immunity in check:Frequent and moderate exercise assists in keeping the immune system strong. Because the lymphatic system doesn't have a pump, rebounding is a great exercise to keep it moving to rid the body of toxins. Intake of vitamin D via the sun also improves immunity, as well various herbs and spices. Proper rest does wonders for health and immunity as well.
Tweet