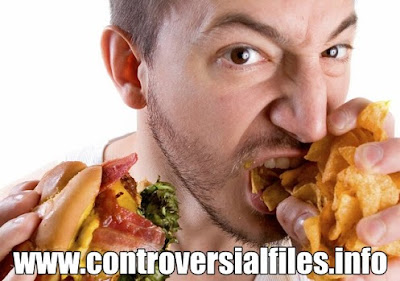 There is an entire industry out there that exists solely for the purpose of carefully engineering what can only be described as intentional junk food addiction.
Utilizing the latest advancements in food science and marketing, this industry has successfully hooked millions of people into repeatedly buying and consuming processed foods that have little-to-no nutritive value, and that would taste horrible apart from crafty "enhancements" that deliberately trick people's taste palates into feeling satisfied.
In the first of a two-part series on the science behind food cravings, CBC News journalist Kelly Crowe delves into the dirty secrets of the junk food industry, exposing the various ways that "Big Food," also known as the processed food industry, generates continual demand and desire for its typically unhealthy products. Taste, texture, mouth feel, and precise chemical composition all play a crucial role in making processed foods feel more desirable and pleasant to eat than many whole and natural foods.As it turns out, food science is far more advanced and conspiratorial in nature than you probably ever imagined. Billions of dollars are spent every single year crafting artificial foods that target and seek to maximize virtually every aspect of the food-eating experience. This complex process, of course, ensures that consumers not only eat plenty of junk food, but also repeatedly come back for more to their own demise."I spent time with the top scientists at the largest companies in this country and it's amazing how much math and science and regression analysis and energy they put into finding the very perfect amount of salt, sugar and fat in their products that will send us over the moon, and will send their products flying off the shelves and have us by more, eat more and ... make more money for them," explains New York Times (NYT) investigative reporter Michael Moss.Salt, sugar, fat and chemical flavors represent building blocks of junk foodMoss has been researching food science for a while now, and his findings shed considerable light on the inherent deception that fuels the processed food industry. As you might expect, food scientists spend quite a bit of time dressing up cheap, empty food products with the perfect combinations of salt, fat, and sugar to maximize the pleasure associated with their consumption. In the end, consumers develop an almost uncontrollable urge and addiction to eating such foods, at the expense of their health and weight."We're not talking about food actually being real anymore," says Bruce Bradley, a former food industry executive, as quoted by CBC News. "It's synthetic, completely contrived and created, and there's so many problems about that because our bodies are tricked and when our bodies are tricked repeatedly dramatic things can happen, like weight gain or endocrine disruption, diabetes and hypertension."Salt, for instance, is often used in things like cookies, crackers, and cereals to cover up the "metallic" taste left by food processing equipment. During a tour of the Kellogg's factory, Moss explains his taste-testing experience of processed food products before they received added salt as "God-awful." Salt is also used in careful conjunction with added fats and sugar to make products "melt," and feel more fresh and alive than they actually are."Salt, sugar and fat are the three pillars of the processed food industry," says Moss, adding that junk food addiction for many people is the same as narcotic addiction. "And while the industry hates the word 'addiction' more than any other word, the fact of the matter is, their research has shown them that when they hit the very perfect amounts of each of those ingredients ... they will have us buy more, eat more."
Tweet