Posted by tin Posted on 6:00 AM with No comments 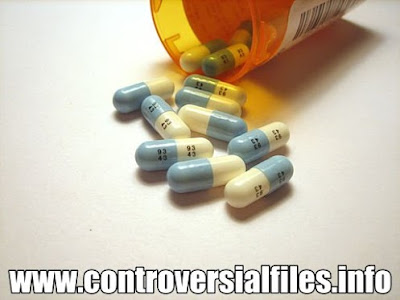 Pharmaceutical antidepressants are usually among a class of varied chemicals known as selective serotonin re-uptake inhibitors (SSRIs). Serotonin is the feel good central nervous system neurotransmitter that is produced in the body.

The phrase re-uptake inhibitor is confusing to most of us laypersons. Why does inhibiting a feel good chemical make someone feel less depressed?The SSRIs purportedly modulate and redistribute serotonin, keeping it from being taken in by some neuron receptors and leaving that extra serotonin free for chemical synapse activity in the brain.There are various SSRI drugs under several brand names such as Paxil, Prozac, Zoloft, Luvox, Lexapro, Effexor, and Celexa. These drugs are commonly prescribed throughout the world for depression, anxiety, compulsive obsessive disorders, and post traumatic stress disorder (PTSD).They are also often prescribed to keep school kids "manageable." Maybe the fluoride molecules in most SSRIs is supposed to keep them docile and dumb. But antidepressants among young people have been linked to many school shootings and other killing sprees, as well as suicides and suicide attempts.Besides the standard pharmaceutical side effects of nausea, diarrhea, nervousness, insomnia, weight gain, and mania, a "black box" warning, which is meant for medical practitioners, states that SSRIs can cause suicidal and homicidal thought. Class action lawyers are getting more action.The trade-off is for those side effects is way out of balance because the efficacy of these psychotropic drugs has been questioned and effectively challenged often.Now, a recent study has disclosed the strangest side effect possible for a psychotropic drug: brittle bones.Chill out and maybe break a legA recent March 2013 post by saveourbones.com featured the results of a 2007 Canadian study that determined the risk factor for fracturing bones was doubled among those using SSRIs.According to the Canadian study: "Functional serotonin receptors and the serotonin transporter have been localized to osteoblasts and osteocytes, and serotonin seems to modulate the skeletal effects of parathyroid hormone and mechanical stimulation."Translation: Inhibiting serotonin from normal receptors has a negative impact on bone production.This is compounded by the fact that people who are depressed tend to show higher markers of inflammation. Inflammation weakens bones and produces other chronic autoimmune diseases.The "chill out" in this section's title refers to the fact that a New England Journal of Medicine meta-analysis in 2008 had determined that efficacy reports on antidepressants were unreliable and misleading.Even more damning was a report by psychologist Irving Kirsch, associate director of the Placebo Studies Program at Harvard Medical School. Kirsh determined that for mild to moderate cases of depression, virtually all the SSRI positive changes were from the placebo effect and not the chemicals.Some minor chemical efficacy was found among those with severe depression. But the majority of SSRI prescriptions are dispensed to a population with mild and moderate levels of depression or anxiety and disruptive classroom kids.The trade-off with side effect potential is much more risk than result.
Tweet