Posted by tin Posted on 4:48 PM with No comments 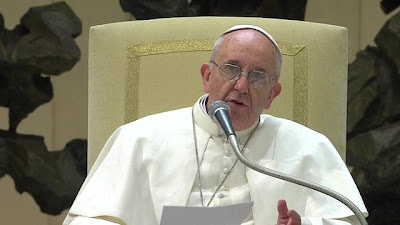 Pope Francis has said he wants "a poor Church, for the poor" following his election as head of the world's 1.2bn Catholics on Wednesday.


He said he chose the name Francis after 12-13th Century St Francis of Assisi, who represented "poverty and peace".

He urged journalists to get to know the Church with its "virtues and sins" and to share its focus on "truth, goodness and beauty".

The former Argentine cardinal Jorge Mario Bergoglio, 76, was the surprise choice of cardinals meeting in Rome to choose a new head of the Church.

In his first audience at the Vatican, he said Jesus Christ and not the Pope was the centre of the Church, which he stressed was "spiritual not political" in nature.

He said the Holy Spirit had inspired the resignation of Benedict XVI and guided the cardinals choosing him as the next pontiff.

The Pope said he had been inspired to take the name Francis by a Brazilian colleague who embraced him and whispered "don't forget the poor" when it was announced that he had been elected Pope.

He said he immediately thought of St Francis of Assisi, the Italian founder of the Franciscan Order who was devoted to the poor.

As well as representing poverty and peace, he said St Francis "loved and looked after" creation - and he noted that humanity was "not having a good relationship with nature at the moment".

St Francis of Assisi is said to have loved animals as his "brothers and sisters" and even to have preached to birds.

There had been speculation that Pope Francis - who was a member of the Jesuit order - had chosen his name in honour of St Francis Xavier, a 16th Century Jesuit missionary in Asia. But he said this was not the case.

The new Pope's style is very different to that of his predecessor, BBC Vatican correspondent David Willey says.

He talks in simple, easy to understand terms about ethical values and shows a remarkable sense of humour, our correspondent says.

Pope Benedict, 85, became the first Pope in 600 years to abdicate last month when he said old age and health meant he could no longer continue in the job.