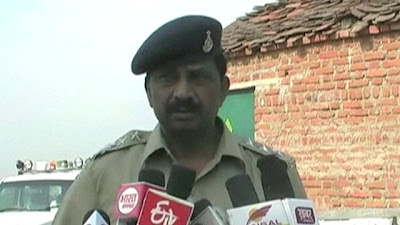 A Swiss woman has been gang-raped by a group of men in the central Indian state of Madhya Pradesh, police say.


The woman was camping with her husband at a village in Datia district on Friday during a cycling trip when they were attacked by eight to 10 men.
The assailants overpowered the husband before gang-raping his wife.

More than 20 people have been detained in connection with the attack, which has led the Swiss embassy to demand a thorough investigation.

The victim, who is reported to be 39 years old, has been admitted to hospital in Gwalior. She is conscious and has spoken to the authorities.

The tourists had been cycling from Orchha to Agra, to see the Taj Mahal, a distance of about 250km (155 miles), when they decided to camp overnight at a village.

One report cited the victim's husband as saying that the group of men had approached them at about 21:30 (16:00 GMT). They then began beating him with wooden sticks before tying him up and sexually assaulting his wife in front of him, he is reported to have added.

The assailants stole the couple's valuables, including 10,000 rupees ($185) and a laptop computer, before fleeing into the woods.

The incident comes three months after the gang-rape and murder of a 23-year-old female student on a bus in the capital, Delhi, which triggered widespread protests against the treatment of women in India.

On Monday, one of the suspects was found dead in prison. Police said Ram Singh hanged himself, but his family suspect he was murdered.