Home » news » Society and parents are teaching kids to smoke

Society and parents are teaching kids to smoke

Posted by tin Posted on 3:00 AM with No comments 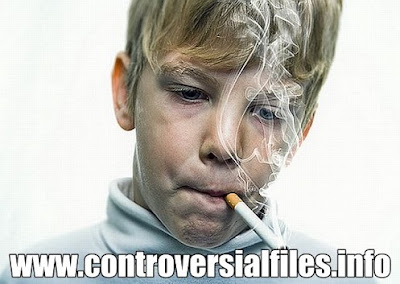 Studies done in the UK looked at the top broadcast network TV shows, most aimed at kids, over a given period of time, and found that 34 percent contained some sort of tobacco content.

They were looking for actual or implied tobacco use, the presence of smoking products, and other references to smoking or tobacco."Based on the program content and the sizable audience viewing figures for young people, this translates into 59 million instances of tobacco imagery/messaging, 16 million of actual tobacco use, and three million of tobacco brand appearances every week," say the authors of the research published online in Tobacco Control.Using smoking cessation productsEvidence has mounted that show the standard smoking cessation products such as medications (Zyban), patches, gums, electronic cigarettes, and the like are just giving smokers a short break from smoking with the almost inevitable chance of coming back, often in fewer than two weeks.Breathing, nutrition, and psychology are what appear to be the true smoking cessation "products" that ultimately break the smoker free.Switching to "light" cigarettes is not going to save the health of a smoker, as some tobacco companies might have led people to believe."The tobacco industry was found guilty by a federal court in 2006 for deceptively promoting 'light' cigarettes as safer after countless smokers who switched to lights died prematurely, thinking they had reduced their health risks," said Gregory Connolly, director of the Center for Global Tobacco Control at HSPH and professor of the practice of public health in the Department of Social and Behavioral Sciences.Further leading of kids to addictive smoking habitsMonkey see, monkey do. Not just for food choices, parents who smoke, often have kids who smoke.A recent study blames, not just parents, but 'divorced' parents for their children taking up the filthy habit."Both daughters and sons from divorced families are significantly more likely to initiate smoking in comparison to their peers from intact families, shows a new analysis of 19,000 Americans."
Tweet