The Achievements of Hugo Chavez

Posted by tin Posted on 4:30 PM with No comments 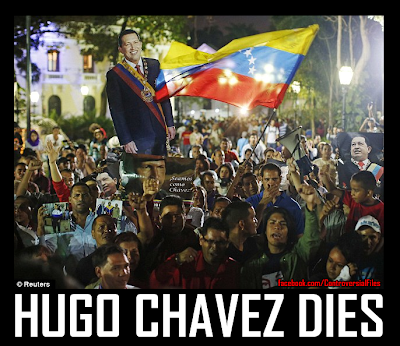 Poverty is not defined solely by lack of income nor is health defined as the lack of illness. Both are correlated and both are multi-factorial,that is, determined by a series of social processes.


To make a more objective assessment of the real progress achieved by the Bolivarian Revolution in Venezuela during the last 13 years it is essential to review some of the key available data on the social determinants of health and poverty: education, inequality, jobs and income, health care, food security and social support and services.

With regard to these social determinants of health indicators, Venezuela is now the country in the region with the lowest inequality level (measured by the Gini Coefficient) having reduced inequality by 54%, poverty by 44%. Poverty has been reduced from 70.8% (1996) to 21% (2010). And extreme poverty reduced from 40% (1996) to a very low level of 7.3% (2010). About 20 million people have benefited from anti-poverty programs, called “Misiones” (Up to now, 2.1 million elderly people have received old-age pensions – that is 66% of the population while only 387,000 received pensions before the current government.

Education is a key determinant of both health and poverty and the Bolivarian government has placed a particular emphasis on education allotting it more than 6% of GDP. UNESCO has recognized that illiteracy been eliminated furthermore, Venezuela is the 3rd county in the region whose population reads the most. There is tuition free education from daycare to university; 72% of children attend public daycares and 85% of school age children attend school. There are thousands of new or refurbished schools, including 10 new universities. The country places 2nd in Latin America and 5th in the world with the greatest proportions of university students. In fact, 1 out of every 3 Venezuelans are enrolled in some educational program.[ii] . It is also a great achievement that Venezuela is now tied with Finland as the 5th country with the happiest population in the world.[iii] .

Before the Chavez government in 1998, 21% of the population was malnourished. Venezuela now has established a network of subsidized food distribution including grocery stores and supermarkets. While 90% of the food was imported in 1980, today this is less than 30%. Misión Agro-Venezuela has given out 454,238 credits to rural producers and 39,000 rural producers have received credit in 2012 alone. Five million Venezuelan receive free food, four million of them are children in schools and 6,000 food kitchens feed 900,000 people. The agrarian reform and policies to help agricultural producers have increased domestic food supply. The results of all these food security measures is that today malnourishment is only 5%, and child malnutrition which was 7.7% in 1990 today is at 2.9%. This is an impressive health achievement by any standards.

Some of the most important available data on health care and public health are as following [iv],[v],[vi]:

*An outstanding 96% of the population has now access to clean water (one of the goals of the revolution);

*Barrio Adentro (i.e., primary care program with the help of more than 8,300 Cuban doctors) has approximately saved 1,4 million lives in 7,000 clinics and has given 500 million consultations;

*In 2011 alone, 67,000 Venezuelans received free high cost medicines for 139 pathologies conditions including cancer, hepatitis, osteoporosis, schizophrenia, and others; there are now 34 centres for addictions,

*In 6 years 19,840 homeless have been attended through a special program; and there are practically no children living on the streets.

*Venezuela now has the largest intensive care unit in the region.

*A network of public drugstores sell subsidized medicines in 127 stores with savings of 34-40%.

*51,000 people have been treated in Cuba for specialized eye treatment and the eye care program “Mision Milagro”; has restored sight to 1.5 million Venezuelans

An example of how the government has tried to respond in a timely fashion to the real needs of its people is the situation that occurred in 2011 when heavy tropical rains left 100,000 people homeless. They were right away sheltered temporarily in all manner of public buildings and hotels and, in one and a half years, the government built 250,000 houses. The government has obviously not eradicated all social ills, but its people do recognize that, despite any shortcomings and mistakes, it is a government that is on their side, trying to use its resources to meet their needs. Part of this equation is the intense political participation that the Venezuelan democracy stands for, that includes 30,000 communal councils, which determine local social needs and oversee their satisfaction and allows the people to be protagonists of the changes they demand.[vii]

The Venezuelan economy has low debts, high petroleum reserves and high savings, yet Western economists that oppose President Chávez repeat ad nauseam that the Venezuelan economy is not “sustainable” and predict its demise when the oil revenues stop. Ironically they do not hurl these dire predictions to other oil economies such as Canada or Saudi Arabia. They conveniently ignore that Venezuela’s oil reservoir of 500 billion barrels of oil is the largest in the world and consider the social investment of oil revenues a waste or futile endeavour. However these past 13 years, the Bolivarian government has been building up an industrial and agricultural infrastructure that 40 years of previous governments had neglected and its economy continues to get stronger even in the face of a global financial crisis.

An indication of the increasing diversification of the economy is the fact that the State now obtains almost as much revenue from tax collection as from the sale of oil, since it strengthened its capacity for tax collection and wealth redistribution. In just one decade, the State obtained US$ 251,694 million in taxes, more than its petroleum income per annum. Economic milestones these last ten years include reduction in unemployment from 11.3% to 7.7%; doubling the amount of people receiving social insurance benefits, and the public debt has been reduced from 20.7% to 14.3% of GNP and the flourishing of cooperatives has strengthen local endogenous economies. In general, the Venezuelan economy has grown 47.4% in ten years, that is, 4.3% per annum. [viii]. Today many European countries would look jealously at these figures. Economists who studied in detail the Venezuelan economy for years indicate that, “The predictions of economic collapse, balance of payments or debt crises and other gloomy prognostications, as well as many economic forecasts along the way, have repeatedly proven wrong… Venezuela’s current economic growth is sustainable and could continue at the current pace or higher for many years.”[ix] .

According to Global Finance and the CIA World Factbook ,the Venezuelan economy presents the following indicators.[x]: unemployment rate of 8%; 45,5% government (public) debt as a percent of GDP (by contrast the European Union debt/GDP is 82.5%); and a real GDP growth: GDP per capita is $13,070. In 2011, the Venezuelan economy defied most forecasts by growing 4.2 percent, and was up 5.6 percent in the first half of 2012. It has a debt-to-GDP ratio comfortably below the U.S. and the UK, and stronger than European countries; an inflation rate, an endemic problem during many decades, that has fallen to a four-year low, or 13.7%, over the most recent 2012 quarter. Even The Wall Street Journal reports that Venezuela’s stock exchange is by far the best-performing stock market in the world, reaching an all-time high in October 2012, and Venezuela’s bonds are some of the best performers in emerging markets.

Hugo Chavez’s victory had an impact around the world as he is recognized as having spearheaded radical change not only in his own country but in all Latin America where progressive governments have also been elected, thereby reshaping the global order. The victory was even more significant considering the enormous financial and strategic help that the USA agencies and allies gave to the opposition parties and media. Since 2002, Washington channeled $100 million to opposition groups in Venezuela and this election year alone, distributed US$ 40-50 million there. [xi] But the Venezuelan people disregarded the barrage of propaganda unleashed against the president by the media that is 95% privately owned and anti-Chavez. [xii]. The tide of progressive change in the region has started to build the infrastructure for the first truly independent South America with political integration organizations such as Bank of the South, CELAC, ALBA, PETROSUR, PETROCARIBE, UNASUR, MERCOSUR, TELESUR and thus have demonstrated to the rest of the world that there are, after all, economic and social alternatives in the 21st century.[xiii] . Following a different model of development from that of global capitalism in sharp contrast to Europe, debt levels across Latin America are low and falling.

The changes in Venezuela are not abstract. The government of President Chávez has significantly improved the living conditions of Venezuelans and engaged them in dynamic political participation to achieve it [xiv]. This new model of socialist development has had a phenomenal impact all over Latin America, including Colombia of late, and the progressive left of centre governments that are now the majority in the region see in Venezuela the catalyst that that has brought more democracy, national sovereignty and economic and social progress to the region.[xv] . No amount of neoliberal rhetoric can dispute these facts. Dozens of opinionated experts can go on forever on whether the Bolivarian Revolution is or is not socialist, whether it is revolutionary or reformist (it is likely to be both ), yet at the end of the day these substantial achievements remain. This is what infuriates its opponents the most both inside Venezuela and most notable, from neocolonialist countries. The “objective” and “empiricist” The Economist will not publicize this data, preferring to predict once again the imminent collapse of the Venezuelan economy and El Pais, in Spain, would rather have one of the architects of the Caracazo (the slaughter of 3000 people in Caracas protesting the austerity measures of 1989), the minister of finance of the former government Moises Naim, go on with his anti-Chávez obsession. But none of them can dispute that the UN Human Development Index situates Venezuela in place #61 out of 176 countries having increased 7 places in 10 years.
Tweet