Posted by tin Posted on 6:17 PM with No comments 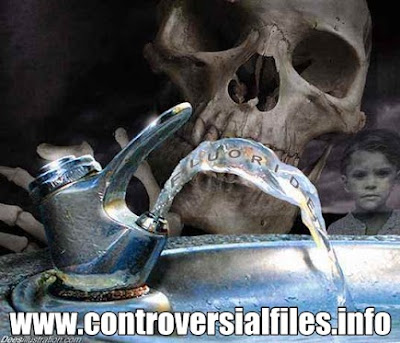 All those who promote the addition of fluoride into municipal water supplies are conscious liars.
They know that the so-called "flouride" pumped into the water is actually a deadly chemical used as an insecticide, often imported from China.
It's called hydrofluosilicic acid, and it's not "naturally-occurring fluoride" as they claim. They are fully aware of this, but they choose to lie and deceive the public by stating they are only "rebalancing" the water with a natural element.In truth, the chemical fluoride used in water fluoridation is also derived from phosphate mining operations as well as nuclear fuels processing. Doctors and dentists who promote fluoride actually hope to see people harmed by it because it means more business for them. A fluoride-damaged dental patient can produce thousands of dollars in revenue for a dentist, and a fluoride-damaged hospital patient can generate millions of dollars in medical procedures.Chinese exporters of fluoride chemicals describe fluoride as follows:It is used in the manufacture of effervescing steel, and the smelting and refining of light metals. It is also used in fluorination of drinking water, as a wood preservative, an adhesive preservative. An insecticide, a protective coating for metals, a pickle for steels and other metals, a flux for soldering and welding, as well as a flux and pacifier for ceramic, glass and porcelain enamel.Fluoride pushers know they are pushing poisonI have met lots of doctors and dentists who advocate water fluoridation. Every one of them is fully aware that it isn't "natural" fluoride being pumped into the water. They know it's a harmful chemical, but they push it anyway. That makes them all "science" criminals who are knowingly harming people. Just like GMOs and vaccines, water fluoridation poisoning is all conducted in the name of "evidence-based science."But all the evidence actually shows hydrofluosilicic acid (flouride) is a deadly poison.
Tweet