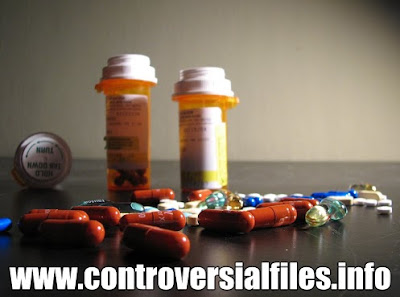 But their treatments never cure the disease. They only "manage" it, leading to a lifetime of medication dependence which just happens to financially enrich the drug companies.The real story, however, is that drug companies push patients onto a toxic cocktail of multiple chemical drugs, none of which have ever been tested in combination. The resulting toxicity to your liver, kidneys, pancreas and brain is devastating. All drugs have toxic side effects, and although they are marketed in the name of "evidence-based science," they kill over 100,000 Americans each year.Doctors are well aware the drugs they prescribe are killing patients, but they are on the receiving end of lucrative bribery schemes run by the drug companies, so they keep pushing those drugs while raking in the cash for themselves.Every drug-dealing doctor who pushes statin drugs, ADHD drugs, blood pressure drugs or antidepressants is a criminal co-conspirator of the drug cartels. Every one of them should be indicted for poisoning their patients with deadly chemicals, yet under the label of "science" this mass poisoning continues.Today, one in five U.S. boys has been labeled "ADHD" and will be prescribed mind-altering medications. The top-selling class of drugs in America, statin drugs, cause muscle wasting disorders, liver failure and sometimes even death. It is widely prescribed to nearly everyone who walks into a doctor's office, and medical "scientists" claim they want to drip it into the public water supplies, just like fluoride.We are long past the time when doctors could claim ignorance with all this and say, "We didn't know these drugs were killing people." They do know! The real science on patient deaths is irrefutable, yet these doctors keep willfully, consciously prescribing the very chemicals that will kill many of their patients.When you see a doctor prescribing drugs to everybody, think "Negligent homicide."
Tweet