Posted by tin Posted on 6:11 PM with No comments 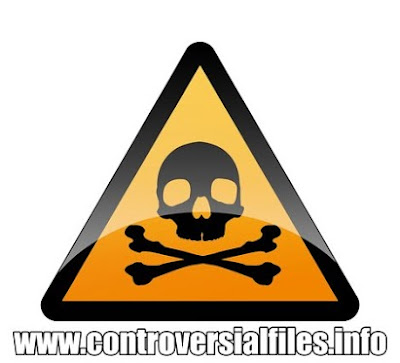 You probably don't realize it, but nearly all the "blueberries" used in cereals, bagels, pancake mixes and other foods aren't really blueberries.
They're actually chemical concoctions made with propylene glycol, artificial blue colors and high-fructose corn syrup laced with mercury.
Faked chemical blueberries, it turns out, are only the beginning of this story. Nearly every processed food you buy from the grocery store is made with a matrix of damaging chemicals that cause neurological disorders, kidney disease, liver disease, gallstones, diabetes, heart disease and cancer. All these chemicals are formulated via so-called "evidence-based science" to be the perfect chemicals for creating lifeless food that just toxic enough to kill you slowly but not so toxic that your death can be linked to any single ingredient.The FDA has never even deemed these chemicals as "safe." It simply grandfathered them all in, assuming they were safe because the food manufacturer scientists said so. As a result, your food is now laced with a dark symphony of deadly substances such as:• Aspartame• MSG• Chlorine-based sweeteners• Sodium nitrite (causes cancer)• Partially-hydrogenated oils• Homogenized fats• Sodium benzoate and other preservativesPepsi has been openly caught using fetal cell tissues as part of its soda flavoring. Bread companies use human hair compounds harvested in China. Chicken McNuggets have been found to contain an anti-foaming chemical called "Dimethylpolysiloxane".All of this is called "scientific" and was engineered by scientists. It's really called "food science" and it means using chemicals to create a dead, nutritionally-depleted item that looks and tastes like food but isn't actually food because it never decomposes. Even bacteria won't eat some of the items you buy at the grocery store!The more we eat of this dead, processed food, the more quickly we die... murdered by "food scientists" who work for mega-corporations.
Tweet