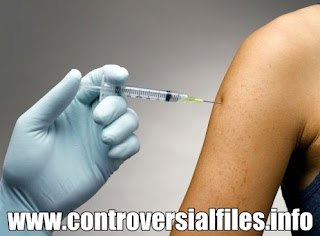 Speculation that an emergency vaccine widely administered for H1N1 (swine flu) may have caused a sharp uptick in cases of narcolepsy has been confirmed following the release of a new study out of the U.K.
As reported in the British Medical Journal (BMJ), individuals given the Pandemrix vaccine for influenza during the 2009/2010 swine flu "pandemic" had a 1,400 percent increased risk of developing the neurological disorder compared to those not vaccinated.
Drawing from data collected in the aftermath of the vaccine's release, researchers found that the use of Pandemrix, particularly among young people between the ages of four and 18, increased the risk of narcolepsy by a factor of about 14 compared to those who did not get the jab. And the ingredient believed to be primarily responsible for this increase is an adjuvant known as AS03, a squalene-based component used in a number of vaccines produced by GlaxoSmithKline (GSK)."This study shows a significantly increased risk of narcolepsy in children who received the AS03 adjuvanted pandemic strain vaccine in England," explains the study. "Our case coverage method gave an odds ration of 14.4 (4.3 to 48.5) for the primary analysis and is consistent with the relative risk of 13 reported from Finland in a retrospective study."Many health authorities knew about the dangers associated with squalene-based adjuvants like AS03, which are used to significantly boost immunogenicity, or the overall immune response prompted by a vaccine, but they have done little or nothing to stop their use. Such dangers include conditions like severe autoimmune disease, neurological damage, rheumatoid arthritis, multiple sclerosis and systemic lupus erythematosus, as well as many others."(Squalene) contributed to the cascade of reactions called Gulf War syndrome," says Dr. Viera Scheibner, a micropaleontologist who has long studied the adverse effects associated with vaccines and vaccine adjuvants."(GIs developed) arthritis, fibromyalgia, lymphadenopathy, rashes, photosensitive rashes, malar rashes, chronic fatigue, chronic headaches, abnormal body hair loss, non-healing skin lesions, aphthous ulcers, dizziness, weakness, memory loss, seizures, mood changes, neuropsychiatric problems, anti-thyroid effects, anemia, elevated ESR (erythrocyte sedimentation rate), systemic lupus erythematosus, multiple sclerosis, ALS, Raynaud's phenomenon, Sjorgren's syndrome, chronic diarrhea, night sweats and low-grade fever."Squalene-based adjuvants like AS03 definitively linked to causing neurological damageThis is quite the laundry list of health conditions associated with squalene-based adjuvants, and yet these chemical toxins were indiscriminately injected into millions of children across the globe, many of whom are now permanently injured. And according to the study, the results speak for themselves -- the AS03 squalene-based adjuvant used by GSK in Pandemrix is causally-associated with an increased risk of narcolepsy."It is now abundantly clear that throughout the world, Pandemrix has caused thousands of children to develop narcolepsy during only a couple of years," explains Gaia-Health.com. "There is now no evading the reality of the devastation caused by this vaccine that was pushed through a campaign of fear mongering about a mild disease."Beyond this, the AS03 adjuvant itself has been fully indicted as a dangerous toxin. It and many other squalene-based adjuvants like it simply have no legitimate place in vaccines administered to humans. And the many dangers associated with squalene-based adjuvants have been known for decades, which means there is no excuse as to why health authorities allowed it to be used in a rushed-to-market pandemic flu vaccine that was targeted towards young, developing children."These children with narcolepsy are condemned to lives constrained by the effects of both narcolepsy and the drugs they may take," adds Gaia-Health.com. "When you consider that the disease they were supposedly being protected from, swine flu, proved to be a rather mild type of influenza, the tragedy of what has happened is inexcusable."
Tweet