Home » Controversy , food » Organic rice farmer in India yields over 22 tons of crop on only two acres, proving the fraud of GMOs and Big Ag

Organic rice farmer in India yields over 22 tons of crop on only two acres, proving the fraud of GMOs and Big Ag

Posted by tin Posted on 6:32 PM with No comments 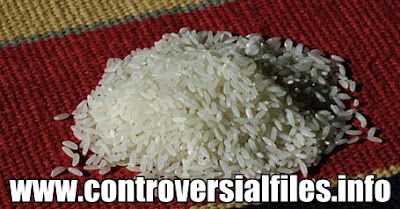 Indian rice farmers using traditional, organic growing methods are achieving yields far higher than farmers using more modern methods.
In the case of Sumant Kumar, rice yields have surpassed the national average per hectare (about 2.5 acres) nearly ten-fold. According to reports, Kumar is currently yielding about 22.4 tons of rice per hectare, greatly surpassing that of other rice farms currently outputting roughly 2.3 tons per hectare. His secret? A traditional crop management protocol known as System of Root Intensification, or SRI.Farmers adhering to SRI techniques will typically plant about half the number of seeds as farmers using more modern methods, and will space them out at intervals of about 10 inches. They also plant their seeds much younger, and keep the soil dryer, while paying much closer attention to weed growth. By hand-removing weeds, SRI farmers are able to allow more water and nutrients to feed their rice plants, which results in significantly higher yields."Farmers use less seeds, less water and less chemicals but they get more without having to invest more," says Dr. Surendra Chaurassa, agriculture minister to the region where Kumar's farm is located, as quoted by The Observer. "This is revolutionary. I did not believe it to start with, but now I think it can potentially change the way everyone farms. I would want every state to promote it. If we get 30 to 40 percent increase in yields, that is more than enough to recommend it."System of Root Intensification methods could provide more than enough food to feed humanityAccording to Gaia Health, SRI methods originated in ancient Madagascar, and were passed on from generation to generation among villagers. An agronomist by the name of Henri de Laulanie observed the methods back in the 1980s, and brought them back into use, teaching other farmers how to utilize them with limited resources. And perhaps the greatest aspect of SRI is that it is not tied to the biotechnology industry or Big Ag."SRI offers millions of disadvantaged households far better opportunities," Norman Uphoff, Director of the International Institute for Food, Agriculture and Development at Cornell University is quoted as saying by The Observer. "Nobody is benefiting from this except the farmers; there are no patents, royalties or licensing fees."This is good news, as Monsanto and others in the agriculture-for-obscene-profits industry are aggressively pursuing market expansions in developing countries like India. If the truth about the benefits of SRI can be widely disseminated, poor farmers across the globe will be well-equipped to reject the lies of Big Ag and the GMO industry."The farmers know SRI works, but help is needed to train them," says Anil Verma, an agronomist from the small Indian non-governmental organization (NGO) Pran, or Preservation and Proliferation of Rural Resources and Nature, which has been reintroducing SRI methods to villages all across the third-world for the past three years. "We know it works differently in different soils but the principles are solid. The biggest problem we have is that people want to do it but we do not have enough trainers."SRI methods can also be used to grow other crops like wheat, sugar cane, and teff. To learn more, visit: http://sri.ciifad.cornell.edu/
Tweet