Posted by tin Posted on 4:01 AM with No comments 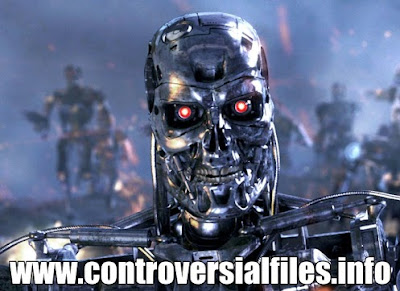 Watch the video embedded below: It reveals the "Petman" humanoid robot funded by the Department of Defense.
Like something ripped right out of a sci-fi movie, the robot sweats to regulate body temperature, and it can be dressed in chemical suits, camo or other uniforms to resemble humans. The picture you see at the top of this article is take from the actual humanoid robot currently under development.

Have no illusions about where this is headed: The Pentagon wants to develop and deploy a robotic army of autonomous soldiers that will kill without hesitation. It's only a matter of time before these robots are armed with rifles, grenade launchers and more. Their target acquisition systems can be a hybrid combination of both thermal and night vision technologies, allowing them to see humans at night and even detect heat signatures through building walls.

This is the army humanity is eventually going to face. You'd all better start getting familiar with the anatomy of humanoid robots so that you know where to shoot them for maximum incapacitation effect. You'd also better start learning how to sew thermal blankets into clothing, hoodies and scarves in order to fool thermal imaging systems.

At first, these robots will be deployed as soldier assistants, carrying gear, retrieving wounded soldiers from hot zones, and so on. But over time, the roles will be reversed: Robotic soldiers will serve on the front lines while humans only serve support roles to keep the robots running. Such a transition will take decades, of course, but it's coming.

What happens when the robots become self-aware?

A more apocalyptic scenario unfolds when the machines are taught to build self-replicating factories that one day gain enough intelligence to decide that humans are no longer needed. This is the scenario described in the movie "Terminator," where Skynet launches nuclear missiles in an attempt to destroy humanity.

Not coincidentally, an emerging technology of "cooperative drones" that allows small aircraft to carry heavy objects in flight is also being called "Skynet." Watch that creepy video below, narrated by Paul Joseph Watson of Infowars.com.

You need to be aware that all this is happening right now. The Pentagon is funding autonomous robots that fly, swim and walk. In very short order, weapons will be mounted to these drones, and the Pentagon will be in command of a sci-fi robotic army of drones. Remember the Clone Wars from Star Wars? You're about to see the "Drone Wars" for real.

heres the link to watch the video: