Police stake out hydroponics shops, harass customers who grow their own food

Posted by tin Posted on 5:11 PM with No comments 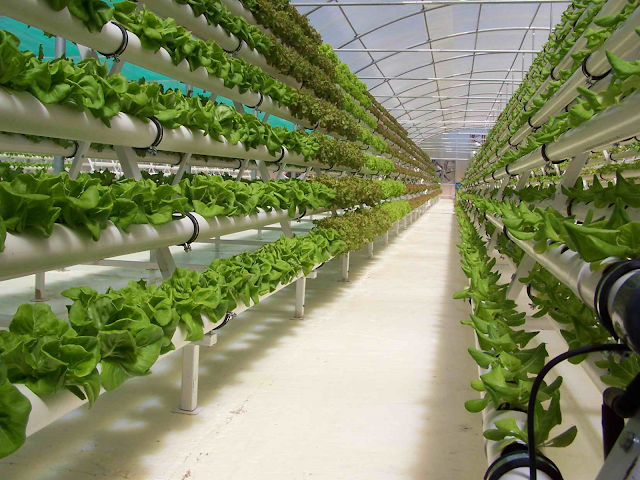 Apparently Americans who employ hydroponics are the newest targets in an insane "drug war" that has gone from bad to ludicrous since it was first "declared" in the early 1980s.

Consider this case in point: A couple of years ago, narcotics officers knocked on the door at the home of a man who had just purchased a seed starter kit from a local gardening shop. The police officers were demanding to know just what it was he was planning to grow.

"Tomatoes," he told them, and the officers finally left - but only after they were convinced he was not growing marijuana.

Since that day the gardener, who asked the Kansas City Star not to identify him over fears he would once again be hassled by police, began parking a block away from that same garden center, in order to avoid police stakeouts.

The harassment of hydroponic gardeners has only gotten worse since them.

In fact, owners of garden centers are increasingly complaining that police surveillance and stakeouts are hurting their businesses - sometimes even driving smaller garden centers out of business. Few people, it seems, are comfortable shopping under the watchful eyes of the Police State.

A number of customers, the paper said, have reported being followed home by police after making their purchases, regardless of what they were growing.

'You don't hear about when there is no case'

As is always the case, cops are defending this horrendous abuse of the public trust by saying, you know, such surveillance is necessary and prudent because it is keeping marijuana off the streets. To even believe such nonsense makes you wonder if the narcotics officers making that claim are smoking dope themselves.

Police say that local narcotics officers have been watching hydroponics shops - which sell equipment for growing produce indoors - for years. They write down license plate numbers of customers and then follow up with search warrants after first looking through their garbage for any evidence of drug use. They say all of this is justified because marijuana growers shop at hydroponic shops too - in addition to the vast majority of customers who grow flowers and crops inside their homes.

Sometimes such arrests become high-profile events. Many times, however, there are no cases to make.

"[What y]ou don't hear about are the cases where there is no case," attorney Cheryl Pilate told the Star. She added that she wonders how often innocent people are questioned by police just for shopping at a hydroponics gardening store.

She knows of what she speaks. She is currently representing a Leawood, Kan., family that was the target of an April 20, 2012 drug raid in which officers turned up no evidence - zero - of illegal substances. That family, Robert and Adlynn Harte, were raising tomatoes and other veggies that grow under lights.

They were never even told why they were targeted, so they have filed a suit against the Johnson County, Kan., Sheriff's Department "to gain access to records that would reveal why they were initially under suspicion," the Star reported.

The couple, and their attorney, believe that they were suspected of growing illicit drugs in part because they shopped at Green Circle Hydroponics, one of three local stores that specialize in indoor gardening supplies.


The Police State is bad for business

That explanation would not surprise Jeffrey Hawkins, owner of a similar gardening center called Hooked On Ponics. His place, too, is under constant police surveillance; he knows this because his customers have told him of being questioned after they have shopped there, including one woman who grows orchids.

"What they do is target all the grow shops," Hawkins, who said he closed his original store in Liberty, Kan., after business dropped off due to police scrutiny, told the paper. He said he now operates on weekends at a northeast Kansas City flea market.

"It's a serious problem," he said. "They profile people."

The surveillance and harassment of customers "is getting more serious," said Sam Williams, the owner of Grow Your Own Hydroponics in Independence, Mo.

"It's not right. They're driving business away from me," he said.