PHILIPPINE PRESIDENT TO LOCAL MEDIA: TELL GOOD NEWS ABOUT ME

Posted by tin Posted on 8:22 PM with No comments 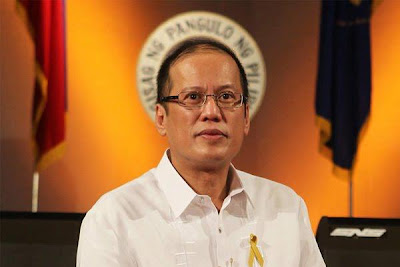 In the recent 25th anniversary celebration of ABS-CBN’s TV Patrol at the Manila Hotel, the President admonished the media media-role for focusing on the negative news stories instead of highlighting the positive ones.

This isn’t the first time he’s done this, and it probably won’t be the last.

The President said that as opinion makers, mediamen should know their responsibility because focusing on the negative or bad news only dampens the enthusiasm of people who are looking to hear for good news.


TURN OFF FOR TOURIST

As another negative side effect, all the bad news being reported also paints a negative picture of the country, which in turn, drives away foreign tourists.

Aquino posed the question, “How many tourists every month cancel their vacations here because of negative news everyday? How many Filipinos lose their chance to a possible source of income because of this bad news?”

However, it is questionable if the tourists who continue to shy away from the country are indeed hit directly because of the bad news reported on television. In many instances, some people opt to stay away simply because of some personal negative experience in the country.

For example, some foreign tourists who come here do experience getting hassled by dishonest cab drivers, pushy vendors and beggars or even get robbed of their belongings. Therefore, why the heck would they want to come back? If their experience isn’t more fun in the Philippines, then they will certainly tell people about their negative experience.

Then of course, there is the tragic HK tourist bus incident two years ago.

According to Tourism Assistant Secretary Benito Bengzon, the country lost some $12 million in tourism income because tourists from Hong Kong still opt to stay away from the country, ever since the Luneta hostage taking crisis that occurred last August 23, 2010.

Since then, the country has received a black alert travel advisory from the Hong Kong government. As a result, travelers home HK have decreased around 29% starting February 2011.


FOCUS ON THE POSITIVE

The President wants the media to focus on the positive. This is very obvious given his State of the Nation Address a few weeks ago that made it seem he was reporting on another country instead of ours.

That would be well and good if there were a lot of good news. Who doesn’t want to hear good news?

However, the Filipino people would prefer focusing on the truth rather than only the positive. Also, the people would want the positive reports to be true. Don’t give us positive news that aren’t true, just to be able to give us glowing news.

The President needs to remember that reporting on the news, especially bad ones is the very nature of the industry.

Bad news sells! Whenever there’s a typhoon, catastrophe, coup d'etat, fire, robbery, murder or other sensational event, people want to hear about them.

Working with the media works both ways.

The President wants news reports to focus on the positive rather than on the negative reports, but let us all be reminded that Malacanang has also used the media to highlight the negative in others.

Who can forget how the media was used to reveal preemptive evidence against former chief justice Renato Corona? Everyday, the public was treated to sensational reports, quotes and other information that painted the blackest picture of the impeached chief justice. Why didn’t he halt the media back then and advised to focus on the positive?

Up to now, PNoy still has a lot of negative things to say about his predecessor, former President Gloria Macapagal Arroyo. Even on his third SONA, he kept making references to the former administration, which wasn’t exactly a positive thing to do.
Tweet